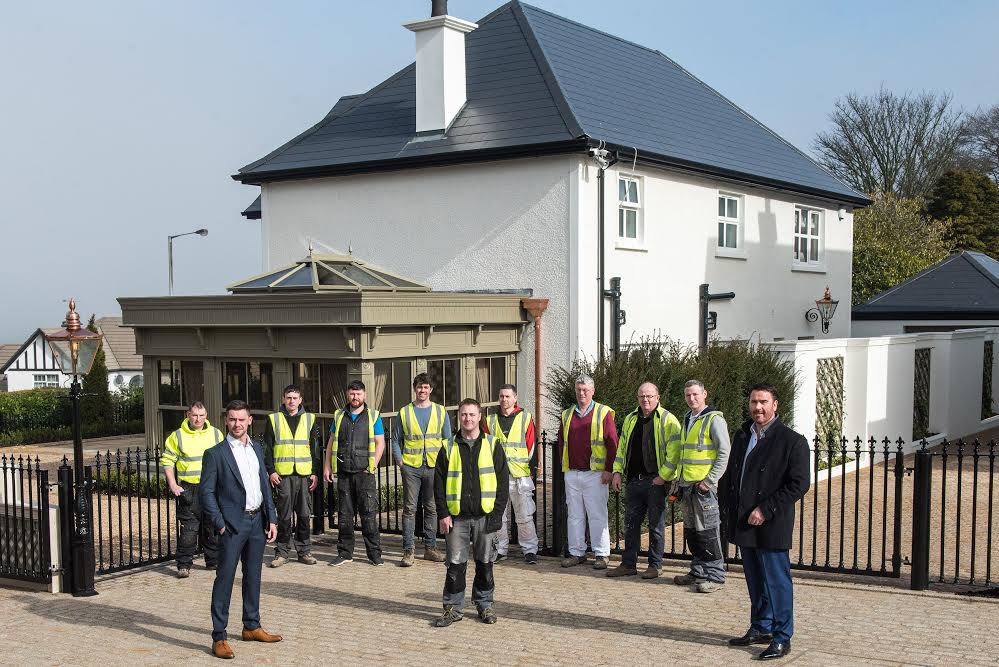 A new Help To Buy scheme which allows for half of a deposit to be paid is a huge step forward, according to local developer Taggart Homes.
The company, which has three sites in Derry, has welcomed the move by some high street banks.
Under the scheme the banks pay half of the 10 per cent deposit on new homes.
Taggart Homes has begun working with the banks on the scheme across a range of homes in Culmore and at Crescent Link.
Independent financial advisors based at Taggart Homes Crescent Link sales suite have been inundated with queries since news of the Help To Buy Scheme emerged last week.
“Unfortunately the range of such schemes in Northern Ireland has been practically non-existent,” said company advisor Michael Taggart.
“New home buyers in England and Wales and in the Republic have had access to a range of schemes in recent years and it’s been unfair to people here that they haven’t had the same options.
“This move by a number of the banks and building societies is a step in the right direction and is great news for house hunters here in Derry.
“We’ve decided to work with those financial institutions on a number of homes which have been completed at our sites. It will certainly help some purchasers get their dream luxury turn-key home that they’ve always wanted.”
Mr Taggart says the company advisors have been lobbying the main parties both here and at Westminster in a bid to extend new Help To Buy schemes to the local market.
“Home hunters here, particularly first time buyers who want a high standard home, should be given access to the schemes, particularly like those which operate in England and Wales,” said Michael Taggart.
“This move by the banks is potentially a huge step forward but we need more schemes like it and we have said that in correspondence to both the Prime Minister and the Leader of the Opposition. I know local political parties have also raised this issue directly and we are grateful for that.”

New Help To Buy Scheme which pays half the deposit on new home is welcomed by local developer was last modified: July 11th, 2018 by John
Tags:
Help to Buy DerryTaggart Homes
ShareTweet