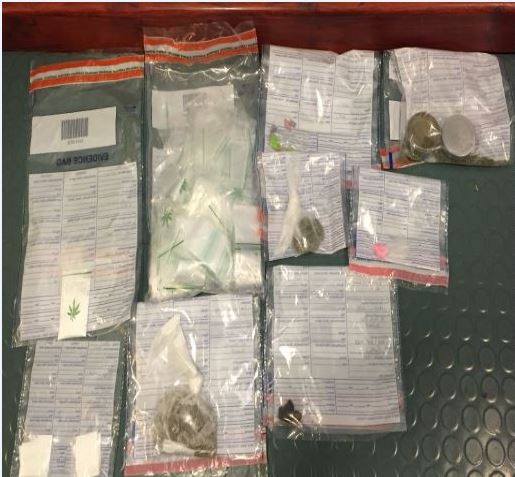 Drug dealer arrested in Derry after tip off to Crimestoppers

POLICE say they will continue to target drug dealers in Derry in response to information provided by members of the public.

It follows the arrest of a man in the city yesterday for drug dealing offences following a tip off to Crimestoppers.

“Yesterday officers from Foyleside and the Moor and City Centre Neighbourhood Teams carried out a search in the city.

“Thankfully it was a positive search with 1 male being arrested for Possession of a Class B Controlled Drug and Breach of Bail.

“The community asked for our help with regards to drug dealers, so as a neighbourhood team we stepped up to the plate.

“The information we received was through Crimestoppers and treated in the strictest of confidence.

“It doesn’t pay to do/sell or make drugs!!

“Drugs are ruining our communities, let’s put a stop to it….”

Anyone with information about drug dealing in the city is asked to ring police on the 101 number on contact Crimestoppers in confidence on freephone 0800 555 111.

Drug dealer arrested in Derry after tip off to Crimestoppers was last modified: June 28th, 2018 by John