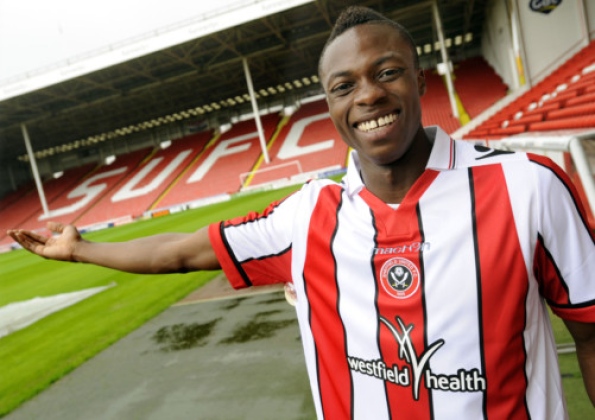 DERRY City has moved on dampen speculation about who is and who is out at the Brandywell club.

As Derry Daily reported here earlier, David Hopkirk is leaving the club to join Scottish side Clyde on a one-year deal.

Cofie was the eye-catching addition to the Candy Stripes side before the start of the new 2018 league season who once cost £1 million as a teenager.

But life didn’t start too well for him in the League of Ireland after being sent off in a friendly with Drogheda United.

In a statement this afternoon, the club said: “As you will be aware there has been a lot of stuff floating around social media over the past day or two.

“The club’s official position is that John Cofie has formally left by mutual consent.
“Nathan Boyle remains under contract at Derry City and at this point in time there is absolutely no change to that situation.
“As confirmed by Portsmouth this week, Ronan Curtis is joining them on 9 June. He therefore remains registered with City until that time.
“Nicky Low is out of the squad at the minute because of an abdominal injury.
“Dundee FC confirmed recently that he has been released by them however he too remains registered by Derry City.”
Latest Derry City FC news: John Cofie leaves Brandywell by ‘mutual consent’ was last modified: May 23rd, 2018 by John
Tags:
BrandywellDerry City FCLatest Derry City FC news: John Cofie leaves Brandywell by 'mutual consent'Nathan BoyleNicky LowRONAN CURTIS
ShareTweet