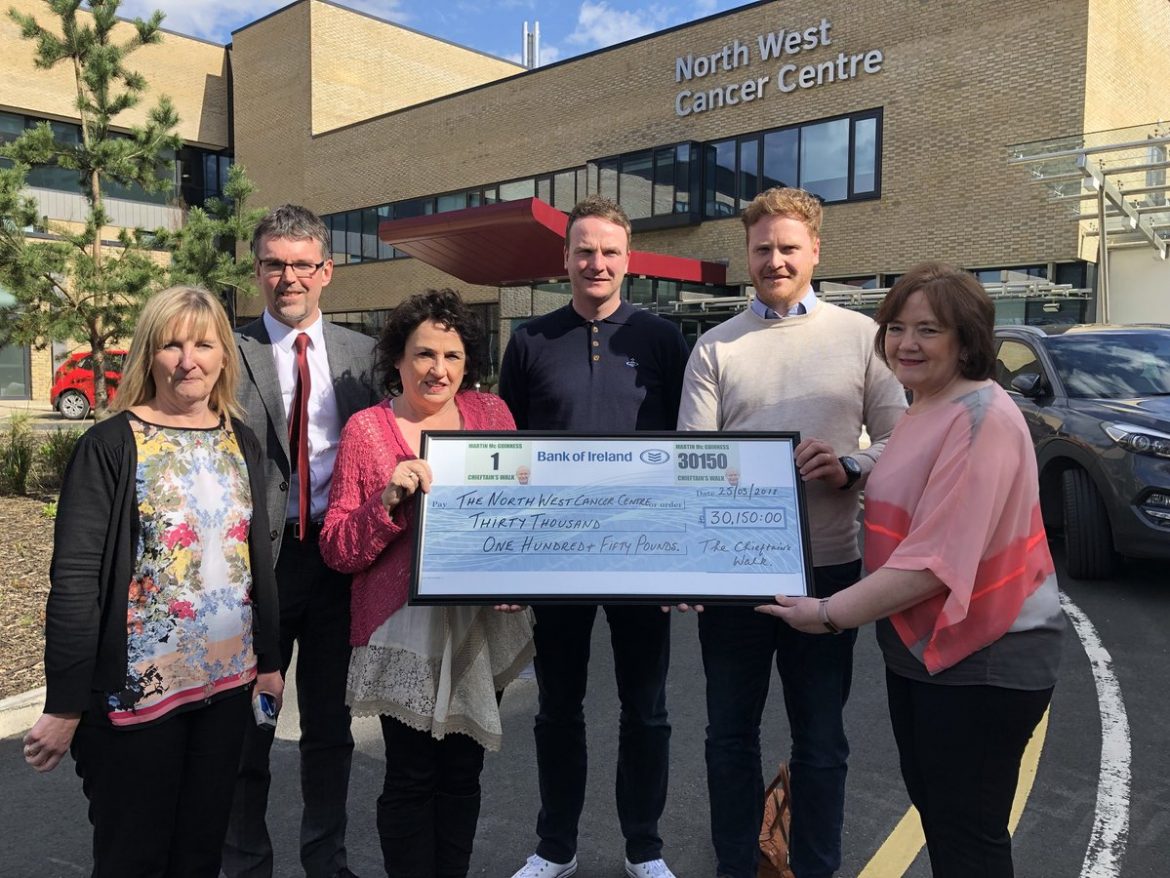 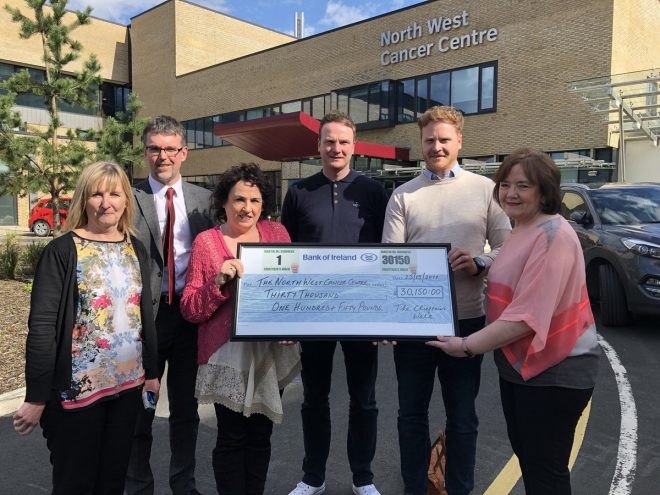 MORE than £30,000 was raised for a cancer charity by last month’s “Chieftain’s Walk” marking the first anniversary of the death of former deputy first minister Martin McGuinness.

More than 2,000 people, including politicians, community leaders and clergy, took part in The Chieftain’s Walk from Glenowen in Derry to Grianan Fort on March 25.

Pictured here presenting a cheque of the funds raised by the walk to the north West Cancer Centre at Altnagelvin are Mr McGuinness’s wife Bernie, and his two sons Emmett (left) and Fiachra.

Fiachra McGuinness thanked all those who took part:

“The Chieftains Walk was a huge success and it was very special for us as a family to see so many people coming out to remember our father and raise funds for such a worthwhile cause.

“We are delighted to present the proceeds to the Cancer Centre today. It’s a facility that does amazing work and this money will help make a real difference to people’s lives.” 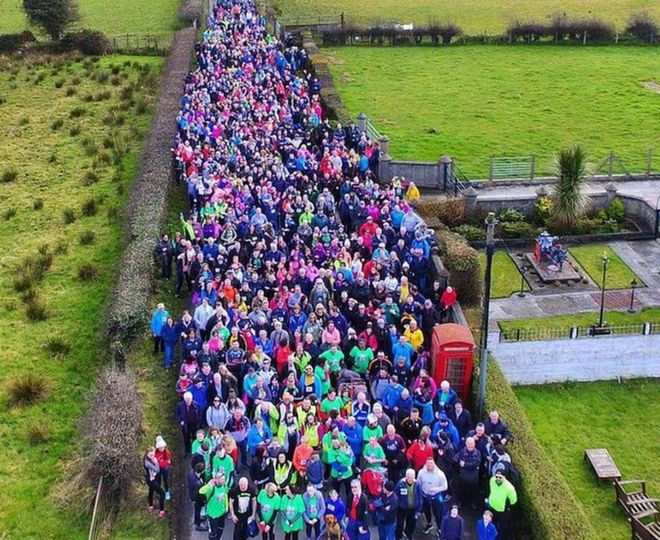