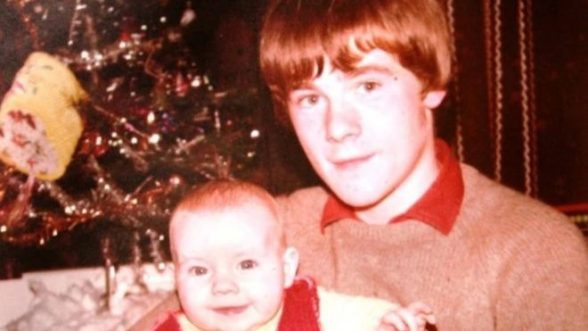 THE family of a Derry schoolboy killed by a plastic bullet 37 years ago has appealed for a file relating to his death to be made public.

Paul Whitters ,15, was shot in the head with a plastic bullet on April 15, 1981 following a day of rioting in Derry during the IRA hunger strikes.

The teenager’s uncle, Tony Brown, said the family have learned the file in the National Archives at Kew has been closed “in the interests of national security” until 2059.

“The Northern Ireland Office have deemed in the interests of national security, or as I call it national insecurity, to hold the file on Paul until most of my generation will be dead and gone,” said Mr Brown.

“I would like to be convinced there is a threat to national security if all the details of my nephew’s death were openly disclosed.”

The teenager was wearing a mask and throwing stones at windows when he was shot by a police officer on Great James Street.

He survived for 10 days after being shot before a decision was made to remove him from life support.

In 2007, a Police Ombudsman’s report criticised a police investigation of the case.

Following a four-year investigation Ombudsman Nuala O’Loan said the firing of the baton round was wrong and unjustifiable.

The Police Ombudsman also said no warning was given and it was fired at less than the permissible range of 20 metres.

The police had said the baton round was fired to prevent a lorry being hijacked, but the Police Ombudsman found no evidence of this or that the officer was in danger.

Mr Brown said he has met with Northern Ireland’s Secretary of State Karen Bradley and told her his nephew’s killing should not have happened.

“Until these issues are properly dealt with and rectified, our future will continue to be dogged,” he said.

“I would put it to Ms Bradley that she has a choice to kick this issue further down the road, but the truth will out, of that I have no doubt,” he said. 15 year-old Paul Whitters was struck in the back of the head by a plastic bullet fired by the RUC during disturbances in Great James Street on 15th April 1981. He died in hospital ten days later.

The Northern Ireland Office said it can not comment on specific cases.

“The vast majority of historic records are open at the National Archives, but a very small proportion have to be kept closed because they relate to issues such as sensitive personal information, relations with other countries or national security,” said a government spokesperson.

“All decisions to do so are taken very seriously and are made in line with the Data Protection Act, the Public Records Act and the Freedom of Information Act.”