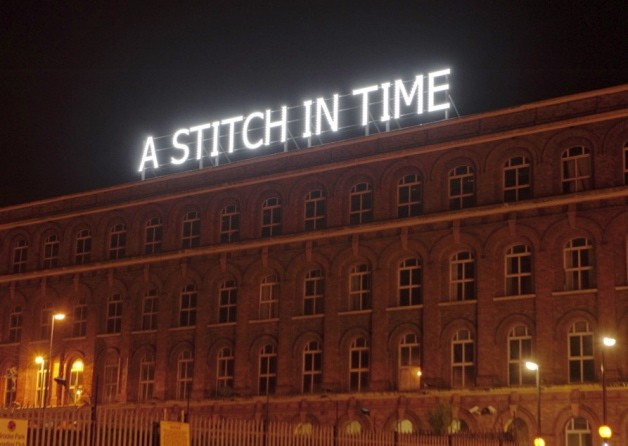 SINN Féin Councillor Mickey Cooper said repair work is to be carried out on the Stitch in Time artwork shortly.

“The lights on this sign have not been working for a period of time,” said Cllr Cooper.

“The neon sign introduced during the City of Culture year was thankfully kept due to good work of former Minister  Carál Ní Chuilín. It is now one of Derry’s iconic pieces of public artwork.

“I contacted  the council and asked them to carry out repair work on the sign as soon as possible.

“They have now been in touch with me to say that the repairs will take place in the coming days,” he added.

Repair work to be carried out on Stitch in Time public artwork – Cooper was last modified: April 7th, 2018 by John