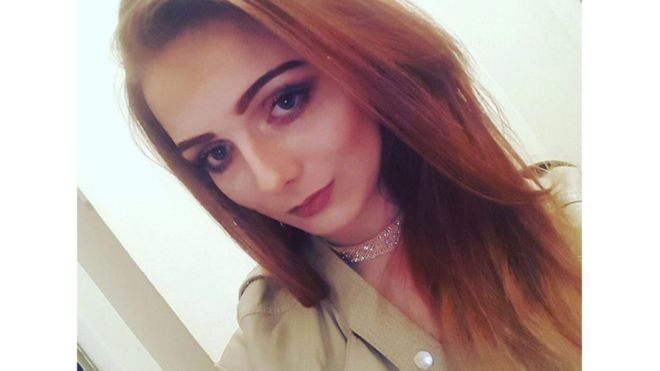 POLICE OMBUDSMAN APPEALS FOR WITNESSES OVER DEATH OF SHANNON MCQUILLAN THE actions of police in the lead up to an incident in which young law student Shannon McQuillan was struck by a van and killed are being investigated by the Police Ombudsman.

As a result the Ombudsman has launched an appeal for witnesses.

Ms McQuillan (pictured above) and her boyfriend, Owen McFerran, were knocked down as they walked on the Moneynick Road near Toomebridge

The 19-year-old died from her injuries and Mr McFerran was left critically ill.

They had contact with police and an ambulance crew before the collision and there are two inquiries into the case.

A spokesperson for the Police Ombudsman has confirmed that after carrying out preliminary inquiries over the weekend, the watchdog is now “investigating police actions during the events leading up to the collision”.

Separately, the Northern Ireland Ambulance Service (NIAS) is carrying out its own internal review of how it handled the situation.

The young couple had been socialising in Magherafelt, Co Derry earlier that night when Ms McQuillan slipped on ice and required emergency medical treatment.

She was treated at the scene by paramedics and was placed in an ambulance, accompanied by her boyfriend.

About 50 minutes later, at about 02:50 GMT, the police were called to the ambulance on the Moneynick Road, on the outskirts of Toomebridge.

The couple then left the ambulance, but why they did so has not yet been explained.

At about 3.40 am, the pair were both hit by the same van, a short distance from where they had got out of the ambulance.

The Police Ombudsman has now issued an appeal for witnesses who saw “any interaction between police officers and a young couple” before the collision.

In a statement, the watchdog said: “As part of routine police patrolling, officers were in the area of Secrets Nightclub in Magherafelt in the early hours of Saturday morning.

“Between 1.30 am and 2 am Shannon slipped on ice and required medical assistance. An ambulance was requested.

“Officers were then called to an incident on the Moneynick Road, near Toome, at around 2.50 am, as a result of which there was further contact between police and Shannon and Owen.

“Anyone who saw the interaction between the couple and police at either location is asked to contact us,” the ombudsman’s office added.

A NIAS spokesperson said that at 2:06 am on Saturday, its staff were alerted to reports that a woman was “unresponsive” after falling on ice in Magherafelt.

An ambulance crew responded to the call and treated the patient at the scene.

They then began to transport Ms McQuillan in the ambulance, but the NIAS spokesperson said the journey “was terminated on the outskirts of Toome”.

The PSNI said they notified the ombudsman of the incident, following “normal, established protocol”.

The NIAS spokesperson said: “We are aware that a young life has been lost and that a family is grieving this loss.

“The service would like to extend its sympathies to her family and friends on their tragic loss.”

The spokesperson added that it would be “inappropriate to provide any further comment on the incident” after the PSNI “notified the police ombudsman’s office in line with their own procedures”.