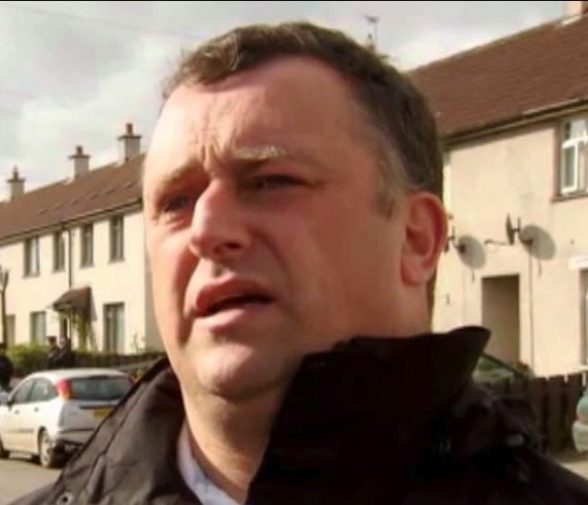 Gary ‘Donzo’ Donnelly, an independent councillor, was arrested in Co Donegal on Sunday afternoon under the Offences Against The State Act.

He is currently being questioned at Letterkenny Garda Station.

Donnelly was arrested and released without charge after being quizzed in 2011 about the murder.

Donaldson  was shot dead in April 2006 in a remote cottage in Donegal.

His death came months after he was exposed as an MI5 and RUC Special Branch agent ahead of his Stormont spygate trial.

Donaldson – first recruited by Special Branch after he was caught shoplifting – was once a key figure in Sinn Féin’s rise in Northern politics.

He was right man to both Sinn Fein leaders Martin McGuinness and Gerry Adams and helped direct the party’s political operations in the North.