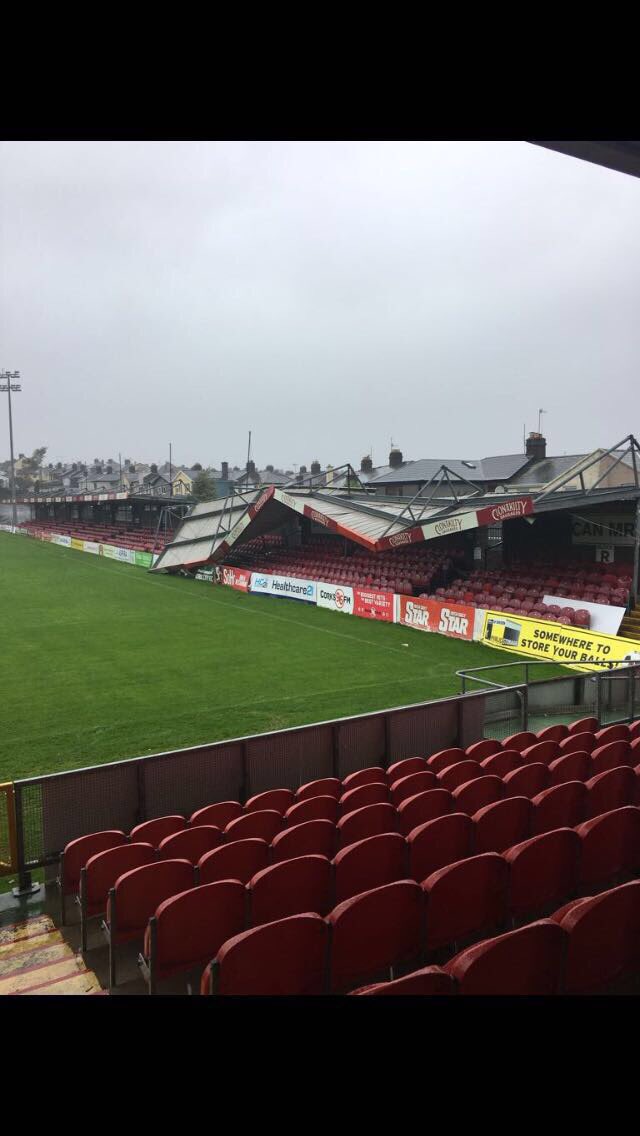 DERRY City’s rescheduled match against Cork City is set to go ahead, despite significant storm damage to one of the stands at Turner’s Cross.

On Monday, the roof of the Derrynane Stand collapsed onto the seating area below, which had left the match in doubt.

The Football Association of Ireland say the ground has passed a safety inspection and the game will go ahead.

“An engineer visited the ground on Monday afternoon and while damage was done to a particular section, the rest of the stadium was not affected,” the FAI statement confirmed.

“The engineer approved the fixture proceeding once the necessary works are completed on Tuesday morning in clearing debris and the Derrynane Stand remaining closed.”

Earlier, Derry City boss Kenny Shiels had said it was possible Derry would pull out of the game because of the storms predicted to hit the south and west of the Republic of Ireland.

“We are disappointed we have to play on Tuesday,” said Shiels from the team’s hotel on Monday morning.

“If it is not safe and jeopardises the welfare of the players and staff, we will be coming home. I am in two minds right now.”

Shiels had originally asked for the switch from Monday to Tuesday, but later said a further delay was required.

“This is a potentially title-deciding match and we have not been able to prepare for it. We are stuck in a hotel looking at each other, not knowing what to do,” he added.

“We heard that Cork is one of the places which is going to be hit the hardest by the storm.

“We have a duty of care to our young players and their welfare is the most important thing.”