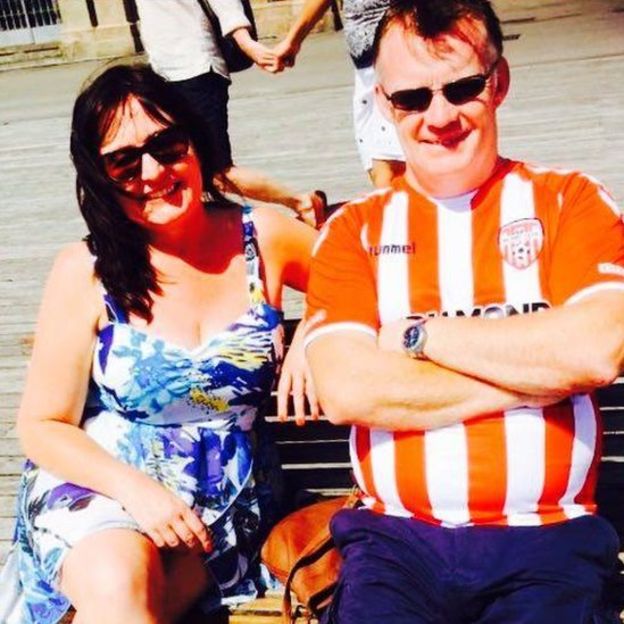 A Co Derry woman has told of the moment a van ploughed into crowds in Barcelona, yards from where she was sitting outside a bar with her husband.

Shari and Danny Butcher are on holiday in the Spanish city and were among those who fled the scene of yestesay’s attack on Las Ramblas.

Thirteen people were killed and up to 100 injured in the ISIS-inspired terror attack on Thursday afternoon.

Members of an Irish family are among those who were injured.

“This is mind-altering for me – I can’t wait to get home,” Mrs Butcher told BBC Radio Foyle.

Mrs Butcher, from Limavady, said she and her husband were having a drink when they heard a bang.

“Then people started to scream and run towards us, the police were running and blowing whistles,” she said.

“When we heard another loud bang Danny stood up and looked across and saw a couple of people lying on the pavement.

“I got up and ran – everybody was panicking and screaming.

“Danny shouted after me: ‘Don’t panic.'”

She said she slipped and “had a bit of a panic attack”.

“At this point we still didn’t know what had happened – I just visualised the London attack.

“It was awful – we could have been killed.

“People from all over the world were there enjoying a holiday.” 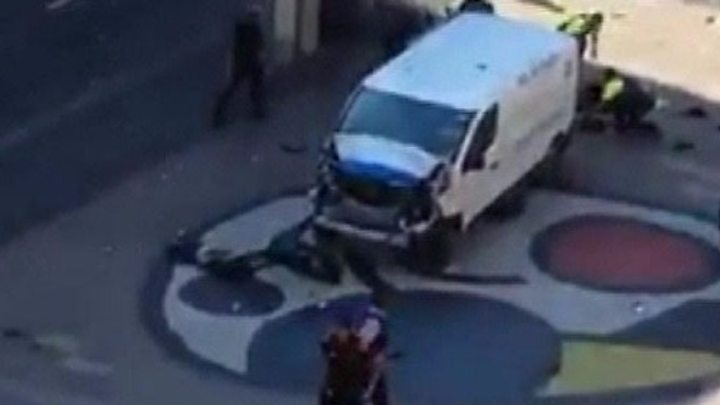 The so-called Islamic State group has claimed responsibility for the atrocity, and Spain’s Prime Minister Mariano Rajoy has said it was a “jihadist attack”.

In a linked incident, five suspected terrorists were killed by by police in the Spanish seaside resort of Cambrils last night as Spain went on a terror alert.

A woman was stabbed to death by the jihadi gang who were all wearing fake suicide vests, say police.

Irish Foreign Affairs Minister Simon Coveney said it was a “miracle” that more Irish people were not hurt in the Barcelona attack.

He said Spain is the main holiday destination for Irish people and the connections between the countries “are really, really strong”.

“You can safely say that probably over 300,000 Irish people are in Spain today.

“It’s a miracle that more Irish people weren’t involved, given that there are so many Irish people in Spain, Barcelona and Cambrils at this time of year.”

Irish citizens are being advised to follow the advice of local authorities.

Anyone with concerns for the safety of people in Barcelona can contact the consular assistance team in the department on 01-4082000 or the Irish embassy in Madrid on +34 914364093.