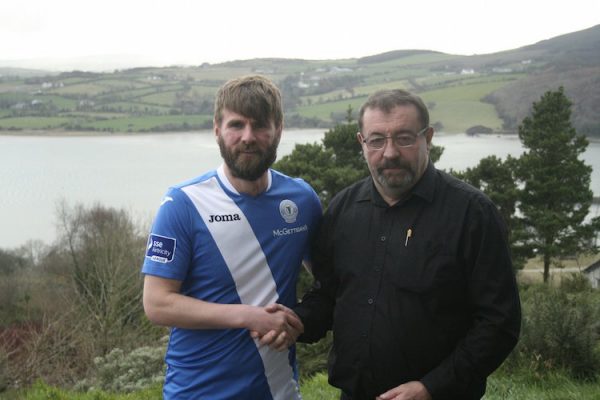 The 18-times capped Northern Ireland international – dubbed ‘Derry’s Pele’ – is in line to make his Harps debut on Friday night when Ollie Horgan’s side open their 2017 season with a home game against Cork City.

But his signing has caused a mixed reaction on Twitter

Here’s what Twitter made of Finn Harp’s latest capture:

Don’t think there’s a global conflict that couldn’t be solved by getting politicians around a table to watch Paddy McCourt You Tube clips.

Finn Harps have signed Paddy McCourt. Massive, massive signing for them. Great to see him back in the League of Ireland.

Posted Paddy McCourt Story on Harps twitter. Went to work meeting. 324 notifications when I came back.

I swear to god if I hear one Finn harps fan calling paddy McCourt the ballybofey pele, world war 3 will be started

Paddy McCourt signs for Finn Harps. A guy with amazing skill, but the stamina of an asthmatic snail. Such a waste

When he’s 40 Paddy McCourt will still be a joy to watch https://t.co/Aivx2AX09r

Paddy McCourt great signing for Harps today, something amiss in Derry when P Mceleney, Duffy & McCourt are playing with other clubs

Paddy McCourt has signed for Finn Harps. Wow what a signing!! Great to see Pat back in our league 👍🏼🇮🇪