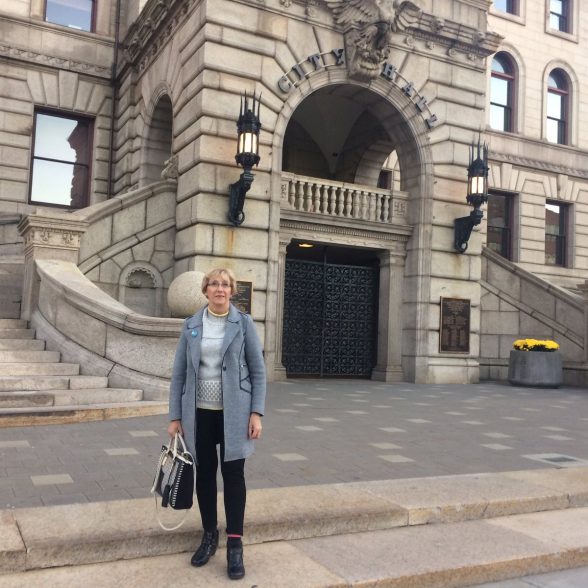 In his welcoming address Mayor Petty said Worcester was open for business to companies from Ireland North West, and praised the co-ordinated efforts of both Councils and the support agencies in putting forward a strong case for building relations between Ireland North West and Worcester, and the wider Massachusetts region.

The delegation is jointly led by Derry City and Strabane District Council’s Mayor Alderman Hilary McClintock, the Cathaoirleach of Donegal County Council, Cllr Terence Slowey, along with officers from both Councils, 16 local businesses and participating organisations such as Udaras na Gaeltachta, Ulster University, Letterkenny Institute of Technology and the North West Regional College.

While the visit has a trade and investment focus, it also features strongly on education and culture and the good work that has been done over the years to develop linkages between the City of Boston and the wider Massachusetts knowledge corridor.

Speaking following their arrival in Worcester, Seamus Neely, CEO with Donegal County Council, said the 17 companies who joined the group had added a new dimension to the joint delegation.

They include companies from the digital tech, education, agri-food sectors and creative industries who are delighted to get the opportunity to source business in US export markets.

Derry City and Strabane District Council CEO John Kelpie, said the collaboration between all agencies was key to promoting Ireland North West as a good place to do business. 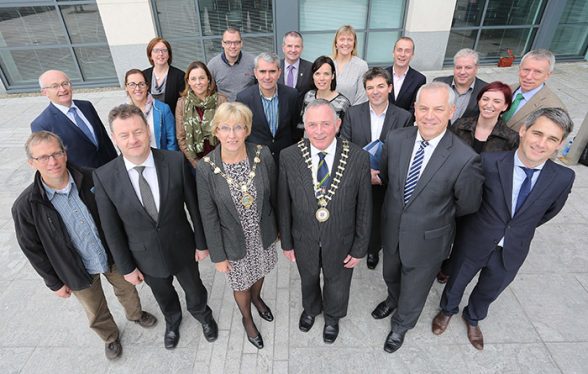 During their visit, the delegation will launch a new video and brochure showcasing the North West region as a location for business and investment and will attend meetings with businesses, potential investors and key influencers, as well as visit a number of sites such as Harvard and the State House and will participate in the Golden Bridges Conference.

One of the businesses included as part of the delegation is Qubizm, which creates radical and innovative resources for the teaching and learning of mathematics.

The company’s founder Franz Schlindwein – himself a former secondary head of mathematics – is confident this US visit will allow him to showcase his first product – Izak9 – to the US market, highlighting the importance of making math education more fun and rewarding for students.

Especially in the context of the challenges currently faced by US schools in delivering the common core math curriculum.

While Izak9 is already getting some traction internationally, he is very keen to explore the opportunity the US market presents and to meet with organisations and individuals involved in math/STEM education, especially the teaching universities.

Another company that has travelled as part of the delegation is Modern Democracy, a Derry based digital technology provider that produces a unique digital democracy platform and consultancy packages to help electoral service professionals improve and transform service delivery.

The company’s founder Siobhan Donaghy, says the US trade visit is the perfect platform for the company to meet with decision makers in electoral management in the US and to look at competitors operating in the US.

She says: “It is our vision to become the leader in the digital transformation of democratic services nationally and internationally and being part of this NW trade mission is a key opportunity for us to showcase our innovative solutions and share our expertise with the elections industry in the US.

“We are really excited about the meetings that have been set up for us and are very keen to make the most of this fantastic opportunity to sell our products directly to State and City government election officials.”

He says he plans to use the visit to research the feasibility of the US market and its potential to help maintain growth in his business.

Mayor of Derry City and Strabane District Council Alderman Hilary McClintock says the mission will build on the region’s cultural, political and economic linkages while the Cathaoirleach of Donegal County Council Cllr Terence Slowey believes it will allow the region to tell its unique story and showcase the area’s attributes as a good place to do business.