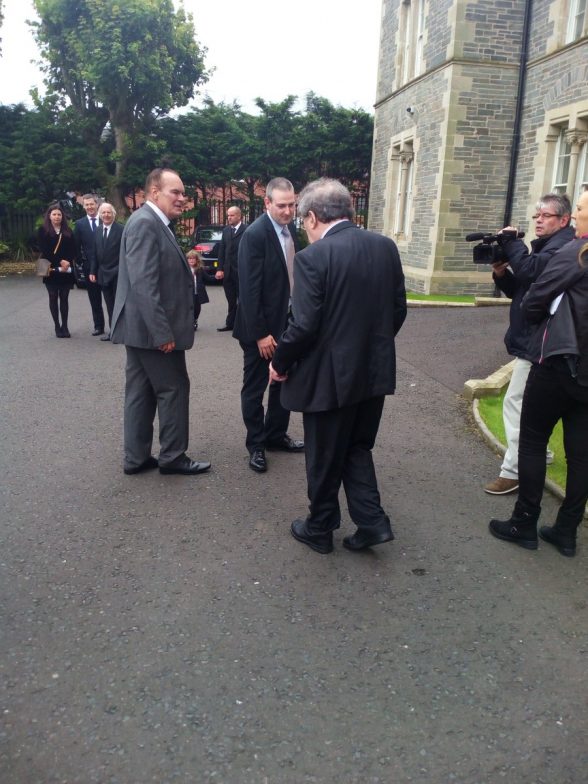 DIGNITARIES ARRIVE AHEAD OF FUNERAL FOR BISHOP EDWARD DALY MANY well known dignitaries have arrived in Derry ahead of this afternoon’s funeral for the later Bishop of Derry Edward Daly.

Among those who are attending his Requiem Mass are former civil rights leaders in the city John Hume, who later the SDLP, and Ivan Cooper.

Also in attendance is the President of Ireland Michael D Higgins.

They have been greeted at St Eugene’s Cathedral by the Bishop of Derry the Most Reverend Donal McKeown.

Thousands of people from the city and further afield are expected to turn out this afternoon for the 3.30 pm Requiem Mass.

Bishop Daly will be later laid to rest in the grounds of the cathedral.