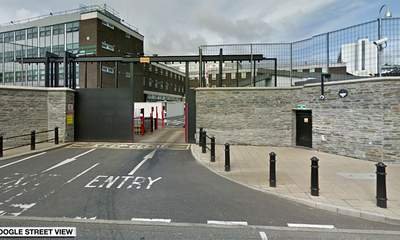 TWO ARRESTED AFTER MAN ASSAULTED AND ROBBED IN DERRY

POLICE have quizzed a couple after a man was was robbed in Derry.

The victim, who was in his 30s, was assaulted and robbed in the Foyle Road area.

The incident happened sometime before 11.30 pm on Thursday, July 21.

An ambulance crew conveyed him to Alnagelvin hospital for treatment to his injuries which are not believed to be life threatening.

A 36-year-old man and a 24-year-old woman were arrested in connection with the attack.

The pair have since been released on bail pending further police enquiries.

He has asked anyone who may have witnessed this incident or who has any information in relation to it to contact detectives at the PSNI’s Reactive and Organised Crime Branch at Strand Road, quoting reference number 1481 21/07/16.

Added DC Donnell: “Alternatively, if someone would prefer to provide information without giving their details they can contact the independent charity Crimestoppers and speak to them anonymously on 0800 555 111.

TWO ARRESTED AFTER MAN ASSAULTED AND ROBBED IN DERRY was last modified: July 24th, 2016 by John