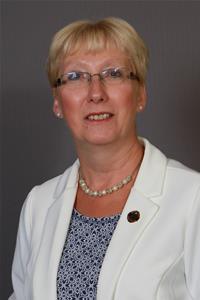 The Mayor is part of a delegation from the city that is currently in New York to meet the crews of the Clipper Round the World Yacht Race ahead of their journey to the city next month.

The trip will also involve a series of business engagement meetings and events to promote the region and strengthen links between the Council area and the US.

Speaking at the launch of the Derry Londonderrys of the World Exhibition launch, the Mayor said she was extremely proud to witness at first hand the global spread of places around the world that are called either Derry or Londonderry.

The Mayor explained that the exhibition was first initiated by the Foyle Civic Trust back in 2013 as part of the UK City of Culture celebrations.

“In addition to celebrating the numerous Derry and Londonderry’s that are spotted across the world, the exhibition is aimed at linking in with the wider Northern Irish and Irish diaspora and helping us to reconnect with them and share their experiences and stories. The Derry Londonderrys exhibition is a very interesting and informative exhibition that tells a very unique story and I feel very proud to be in the United States to help celebrate our story.”

Local genealogist Brian Mitchell, who is also part of the delegation, said the exhibition is a great way of highlighting the strong historic ties between Derry/Strabane and New York.

“This exhibition creatively captures our unique emigration heritage and the huge impact people from our city have no matter where they live across the world.

“The exhibition tells a fascinating story of how our Diaspora have established themselves across the world, particularly in North America and the positive impact they have made,” he added.