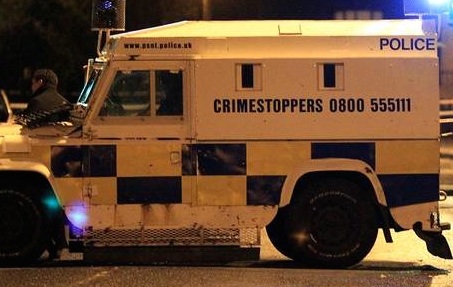 MURDER PROBE LAUNCHED AFTER MAN STABBED TO DEATH IN DERRY

DETECTIVES from the PSNI’s Major Investigation Team have arrested a 16 year old male in connection with murder of a 24 year old man in Derry.

The PSNI say that shortly after 10.25 pm last night, officers received a report that a man had been assaulted in Milldale Crescent in the Currynieren.

During the altercation the man was stabbed and was rushed by ambulance to Altnagelvin Hospital where he later died of his injuries.

A second 24-year-old man also received injuries to his head in the incident.

But these are not believed to be life threatening.

Detective Chief Inspector Michael Harvey of the Major Investigation Team in the North West said: “A 16 year old male was arrested shortly after midnight on Sunday 22 May and is currently assisting police with our enquiries at Strand Road Police Station.

“This has resulted in the tragic death of a young man.

“Therefore I would ask anyone in the community who knows anything about the circumstances leading up to this incident, or saw or heard an altercation in the Milldale Crescent area, to contact police and give us this information.

“Please contact detectives at our Incident Room at Maydown Police Station on 028 7137 9793 or alternatively contact the independent charity Crimestoppers and speak to them anonymously on 0800 555 111.”

MURDER PROBE LAUNCHED AFTER MAN STABBED TO DEATH IN DERRY was last modified: May 22nd, 2016 by John

‘Are people going to come to Derry...