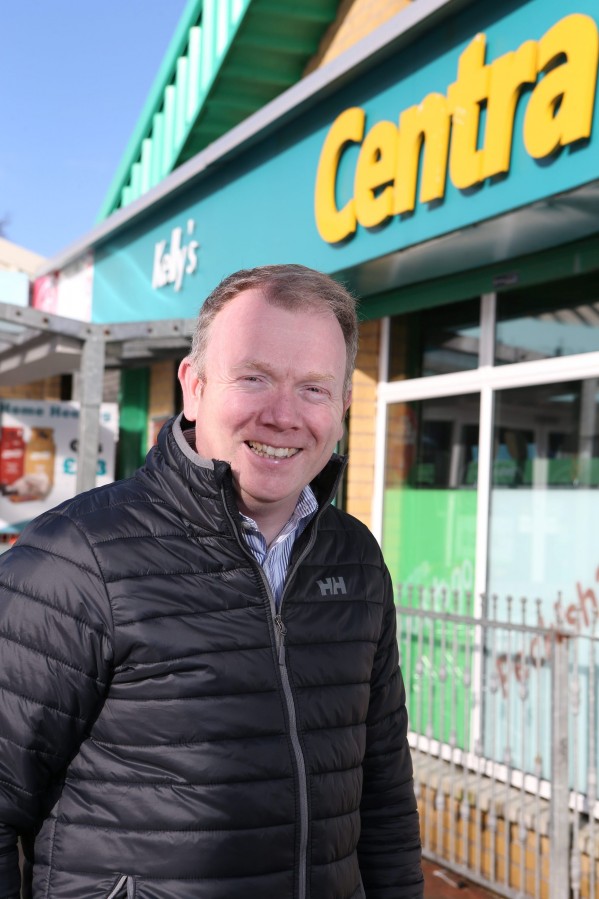 Kelly’s Centra, Derry Trench Road has been named a finalist for Centra Store of the Year, sponsored by Irwin’s, at Musgrave NI’s prestigious ‘Store of the Year Awards’ on March 4. Pictured at his store is owner David Kelly.

DAVID Kelly’s Centra store on Trench Road, Derry has been named a finalist for Centra Store of the Year.

The Musgrave NI’s prestigious ‘Store of the Year Awards’ will take place next week on Friday, March 4 Culloden Hotel and Spa in Co Down.

Kelly’s Centra is among 15 stores across the SuperValu, Centra and Mace retail groups have been selected as finalists.

The annual event will see finalists in each retail brand go head to head with the chance to be crowned winner in each of their categories, before competing for the coveted title of ‘Store of the Year’, sponsored by Kerry Foods, Irwin’s Bakery and SCA.

A further four stores which opened before October last year have been selected as finalists for ‘Newcomer of the Year’, sponsored by Tayto.

Musgrave NI organises the annual event for its 230 independent retailers in Northern Ireland across the SuperValu, Centra and Mace brands and finalists are selected using an independent audit of all stores, with each facing a rigorous process of checks and evaluations.

Musgrave NI’s Managing Director, Michael McCormack, said: “I would like to congratulate all of the SuperValu, Centra and Mace stores on achieving finalist status in the Store of the Year awards.

“Following an independent audit, being named one of 15 finalists across Musgrave’s 230 independent stores is a huge achievement.

“These stores have demonstrated the highest levels of customer service along with offering a wide range of quality local products and services.

“This has been a significant year for Musgrave and its independent retailers in a bid to drive forward and refresh the three brands.

“Musgrave NI is proud of those stores who demonstrated such professionalism through their elements of change and we wish all of the finalists best of luck for the night,” Michael added.

Musgrave NI (MNI) comprises the retail and wholesale segments of Musgrave Group in the North of Ireland and supports 360 independent retailers through the SuperValu, Centra, Day-to-Day and Mace brands and 2,800 wholesale customers through the Marketplace brand across the province.