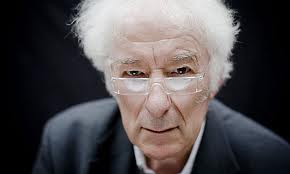 A literary trail is being created in Co Derry to showcase the area celebrated in poems penned by Seamus Heaney.

The poet, who was born near Toomebridge, but moved to Bellaghy as a child, died at a Dublin hospital on 30 August 2013.

The Heritage Lottery Fund (HLF) is providing funding of £688,700 towards the literary trail project.

The trail is expected to include the eel factory at Toome and Lagan’s Road Anahorish.

Many of Heaney’s most-loved poems, set in his native South Derry, evoked a landscape of fields, farms, bogs and rural traditions, many of which are dying out.

The money is being given to Mid Ulster Council for The Living Past Project.

Its aim is to showcase and preserve the places, sights, sounds and traditional ways of life celebrated in many of Heaney’s greatest poems.

“His inspiration came from the people, the landscape and the rural traditions of this beautiful part of Northern Ireland.

“What better way to celebrate his legacy than to reconnect local people to his work and make many of the sites that millions all over the world have been mesmerised by through his poems accessible for all to see.”

Funding from the National Lottery will also help to preserve the traditional crafts Heaney often wrote about, such as hedge-laying, butter-churning and ‘the hammered anvil’s short-pitched ring’. Plans to honour the late poet are already underway.

The Seamus Heaney Arts and Literary Centre is being set up in the Nobel laureate’s home village of Bellaghy on the site of the former RUC station.

The cultural and visitor centre appeared at number 19 on the list- beating the popular Middle Eastern destination Abu Dhabi.

The Heaney family have donated his first writing desk, books and manuscripts to the centre, where the items will be put on public display.

Mr Heaney was a teacher and then had a distinguished career in poetry, winning the Nobel prize for literature in 1995.

He was internationally recognised as the greatest Irish poet since WB Yeats.