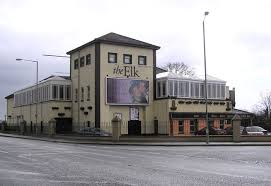 DETECTIVES from the PSNI’s Major Investigation team have been given extra time to question two men over the murder of a man in Toomebridge at the weekend.

James McDonagh, 28, from Castledawson died in hospital yesterday after he was assaulted outside The Elk Inn bar and nightclub complex on the Hillhead Road in the early hours of Sunday morning.

The extension to detention relates to two other men, aged 24 and 53, who were arrested on Sunday night.

They are currently being questioned at the PACE custody suite in Musgrave PSNI station in Belfast.

A 20-year-old man arrested on Sunday night has been released on bail pending further enquiries.

On Monday night, a 41-year-old man was arrested in Toomebridge on suspicion of murder.

The officer leading the murder investigation, Detective Chief Inspector Eamonn Corrigan, said: “It was reported that at around 2am on Sunday morning an altercation took place outside the Elk Inn.

“I am appealing for anyone who witnessed the incident or anyone with any information that can assist with the investigation to contact the incident room at Magherafelt on the non-emergency number 101.

“Alternatively, anyone who does not wish to provide their personal details can call the independent charity Crimestoppers on 0800 555 111.”

During Sunday, there were long tailbacks on the Hillhead Road while an investigation of the scene was carried out.

One lane of the Hillhead Road remained closed on Monday as inquiries continued.

Sinn Féin MLA Ian Milne has said the death of a man following an assault in Toome is a tragedy for his family and friends.

Mr Milne said: “The death of this man following an assault in Toome in the early hours of Sunday morning is an absolute tragedy.

“It has caused widespread shock in the local area.

“My thoughts and sympathies are with the man’s friends and family at this sad time.

“I would appeal for anyone with any information on this incident to bring it forward to the PSNI immediately.”