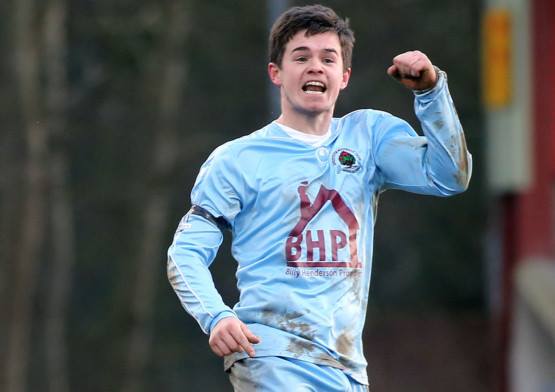 The exodus of players at Institute FC has continued with the news that playmaker Mickey McCrudden has left the club to join Ballinamallard United FC. 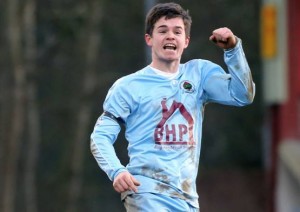 Striker Robbie Hume has already signed for the Fermanagh side and is being followed by former Newcastle United and Derry City player McCrudden.

Ballinamallard United manager Whitey Anderson has wasted no time in exploiting the current crisis at Institute.

Institute were relegated from the Danske Bank Northern Ireland Premiership and the club parted company with manager Paul Kee.

The uncertainty at the club has now led some players to seek pastures new and with the lure of Premiership football being offered Hume and McCrudden both jumped at the opportunity to remain at the highest level.

Anderson said, ““I am delighted to obtain the signature of Michael McCrudden.

“He is another exciting young talent who had a frustrating time with injury last season but who showed enough of the potential to reproduce the quality which made him Championship Player of the Year just over a year ago.

” I met Michael at the club last week. He was very impressed with the set up and showed great enthusiasm to come here. He made his decision over the weekend and I know that the supporters are going to enjoy watching him perform at Ferney Park.

“He is technically gifted, is both a play maker and goal scorer and simply wants to advance his career. Michael comes across as a very level headed young man and without doubt he will fit in at Ferney Park with ease next season.”

Institute FC held a board meeting last night and appointed Bill Anderson as the new chairman.

They committee hope to find a manager as quickly as possible and hope to tie down as many of last year’s squad as they attempt to rebuild and seek promotion back to the top flight.

However, many fans fear that McCrudden and Hume are just the start of a large exodus of players departing the club.

EXODUS AT INSTITUTE CONTINUES AS BALLINAMALLARD SIGN MICKEY MCCRUDDEN was last modified: May 13th, 2015 by stephen