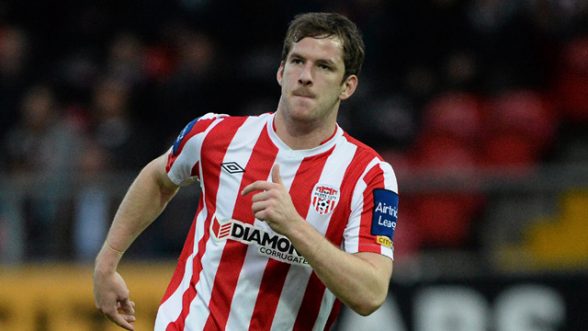 Derry City have been given a difficult fixture to negotiate if their to book their place in the knock-out stages of the EA Sports Cup. 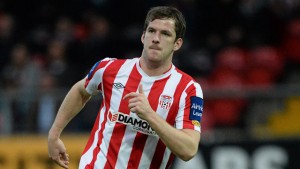 Ryan McBride is a huge player for Derry City and he’ll be looking forward to the challenge of Sligo Rovers in the EA Sports Cup next month.

Peter Hutton’s side will travel to The Showgrounds to take on rivals Sligo Rovers in what should be a cracking cup encounter.

The matches are provisionally fixed to be played on either the 6th or 7th of April.

Derry have a good record against Sligo Rovers in recent years and will be hoping that The Showgrounds will be a happy hunting ground for them early next month.

The fixture between the two sides is the standout clash of the competition.

Derry manager Hutton was pleased with aspects of his sides play throughout the game against Dundalk but was disappointed at the concession of the goal which came midway through the second-half.

Hutton led Derry to the FAI Cup final last season and will be hoping his youthful squad can embark on another cup run this time in the form of the EA Sports League Cup.