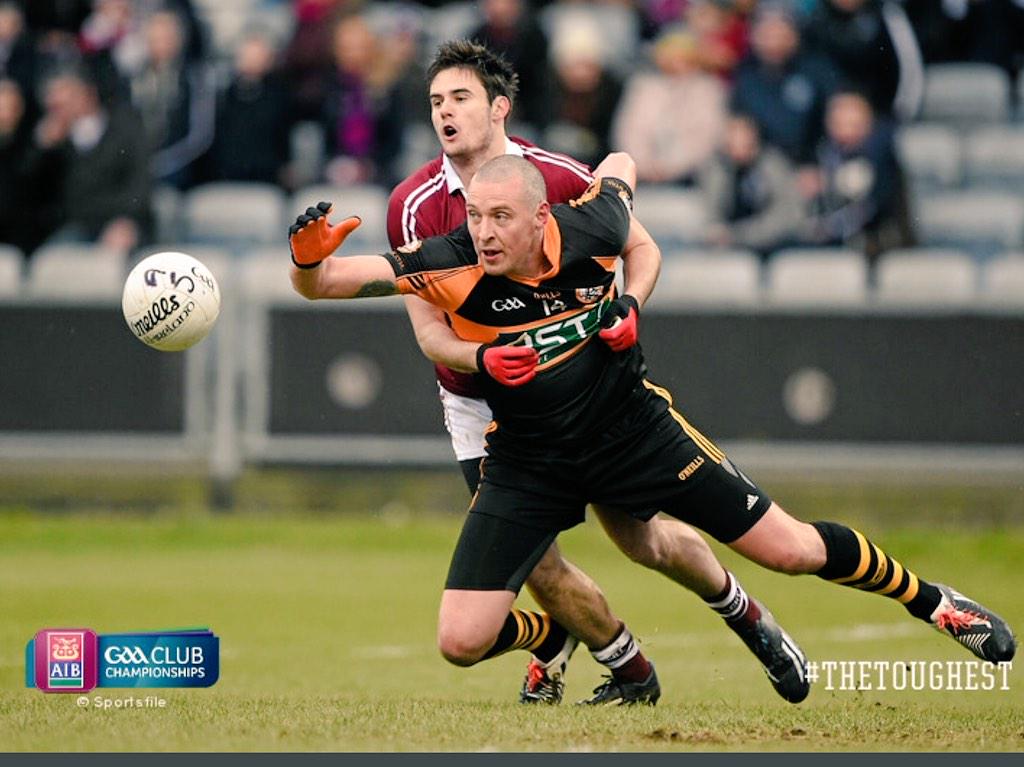 WHAT DO YOU THINK OF THAT KIERAN DONAGHY? SUPER SLAUGHTNEIL THROUGH TO ALL-IRELAND FINAL CO DERRY and Ulster Champions Slaughtneil are through to the AIB All-Ireland Club Championship Final on St Patrick’s Day.

The Derry lads ground out a superb 1-14 to 2-10 victory over Kieran Donaghy’s Austin Stacks side in a gruelling semi-final clash this afternoon.

Cormach O’Doherty WAS hit a 56th minute point which proved the match-winner in their victory over the Kerry champs at O’Moore Park.

The Kerry champions had a chance to level it after a huge hit by Kieran Donaghy resulted in them winning a free but Shane Carroll’s effort from the left wing tailed wide. Slaughtneil survived the battle in the closing stages of an absorbing contest to set up a St Patrick’s Day meeting with Galway’s Corofin.

Two goals by wing-back Pa McCarthy had put Austin Stacks in the driving seat in the first-half but Slaughtneil fought back with their left half-back Barry McGuigan netting just before the break.

Kerry senior captain Donaghy played a major role in the Austin Stacks goals as he won the two penalties that enabled them to raise two green flags.

The first arrived in the 14th minute when Donaghy was fouled by Chrissy McKaigue and McCarthy’s penalty may have been saved by goalkeeper Antoin McMullan but he reacted quickest to smash the rebound to the net.

Three minutes later, Austin Stacks were awarded another penalty when Donaghy was again hauled down and this time McKaigue was booked for the indiscretion. This time McCarthy made no mistake at the first attempt as he planted the ball in the top corner of the net.

Paul Bradley’s free taking and Christopher Bradley’s accuracy from play kept Slaughtneil in touch and they hit 1-3 without reply before half-time to go ahead. McGuigan crowned a surging run when he struck the net, booting home the rebound after his initial shot collided with the butt of the upright.

A Carroll point just before the interval left it delicately poised as the teams were drawing 2-5 to 1-8. That pattern was replicated in the second-half as it stood 2-9 to 1-12 entering the final quarter.

Derry’s Chrissy McKaigue came forward to bomb over a magnificent point for Slaughtneil in the 47th minute but they were pegged back when Carroll popped over a free. The atmosphere was electric in the closing moments but Slaughtneil had the greater poise and control with Doherty slotting over a famous score to propel the Derry champions towards the final.

WHAT DO YOU THINK OF THAT KIERAN DONAGHY? SUPER SLAUGHTNEIL THROUGH TO ALL-IRELAND FINAL was last modified: February 15th, 2015 by John
Tags:
AIBall-irelandclubKieran Donaghysemi-finalSlaughneil
ShareTweet