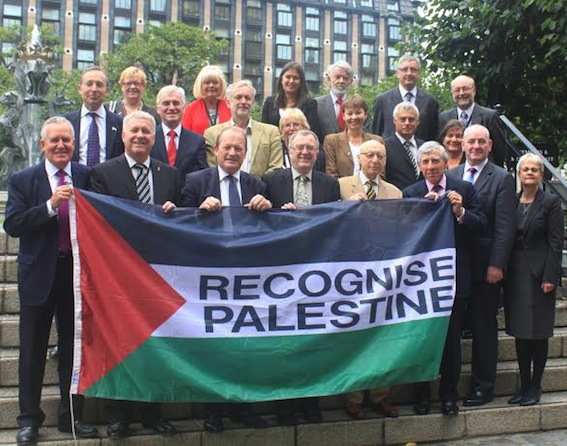 DURKAN TO VOTE TO RECOGNISE PALESTINE Foyle MP Mark Durkan (front, second from right) supporting the campaign for recognition of Palestinian statehood at the United Nations.

Foyle MP Mark Durkan will vote in favour of a motion in the British House of Commons on Monday calling on the British Government to formally recognise the state of Palestine.

The six-hour long debate, entitled “Palestine and Israel,” comes on the first day back after recess (for party conferences) and follows last week’s announcement from Sweden’s new centre-left government that it intends to recognise Palestinian statehood – making it the first major European country to do so.

The SDLP representative said: “I have continually made the point in parliamentary interventions that we will stand more chance of seeing a two-state solution (in Israel/Palestine) if there is more semblance of a two-state process.”