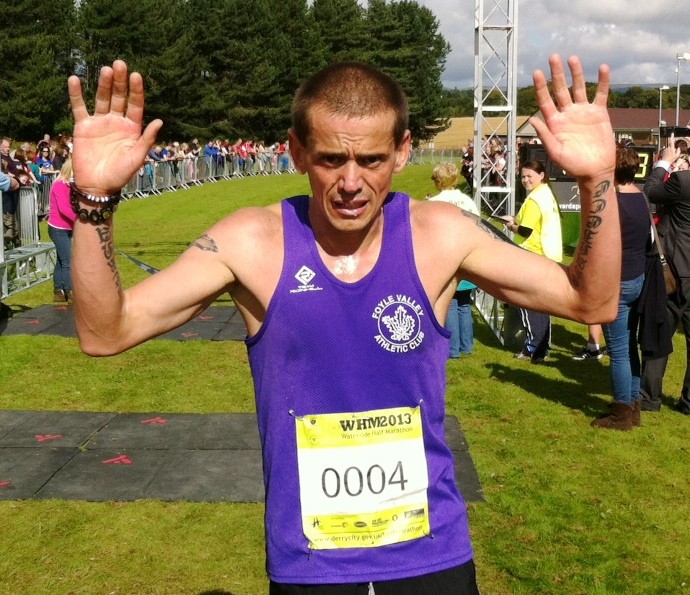 RECORD ENTRY FOR WATERSIDE HALF MARATHON A record number of entries have signed up for next month’s Waterside Half Marathon being run in Derry.

Over 1,900 competitors have stepped up to the challenge taking place at Gransha in the Waterside on 14 September.

Entries have now closed having reached capacity levels for the Derry City Council run event, and a large of spectators is expected at the Gransha Grounds on the day.

Event organiser, Gerry Lynch, said the numbers indicated the significance of the race in the annual running calendar, both for established running clubs, and amateur athletes.

“Looking at the entrants the new community based running groups have contributed significantly to the record overall entry,” he revealed.

“The Waterside Half Marathon was first staged back in 1981 at the beginnings of the 80’s running boom and has successfully produced top quality Irish, Scots, English and African winners, alongside club runners and joggers from all parts of Ireland, over the years since.

“The 2014 edition will be the final time the Gransha Park based course will be used as next year the event will move back to St Columb’s Park, the race venue from 1981 to 2005, and a new course on both sides of the River Foyle will be introduced.”

Among those taking part will be the city’s Mayor, Cllr Brenda Stevenson, who will be among the record number of relay ream entrantsin support of her two chosen charities, Circle of Support for Autism Families and Something Special.

She said she was delighted to see so many local athletes taking part.

“The figures are fantastic for this year’s event and it’s great to see the city’s passion for running continuing to grow,” she said.

“So many fitness groups are participating in local athletics events and using them as milestones for their members in achieving new levels of fitness.

“I think what’s so appealing is that you don’t have to set any records to take part, whether it’s the Relay or the full Half Marathon, runners will feel a real sense of achievement when they complete it.”

For those of you who have just missed out on entering this year’s Half Marathon event, there’s always the 2km Fun Run, which is still accepting entries at Lisnagelvin Leisure Centre.