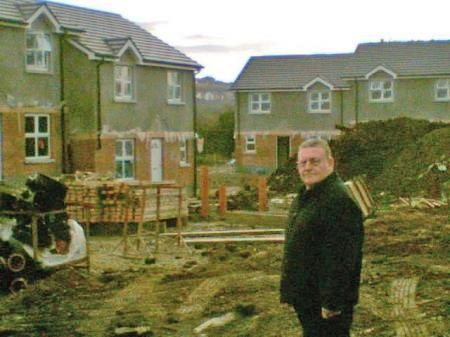 OVER 2,000 FAMILIES LOOKING FOR HOMES ON CITYSIDE – HASSAN Over 2,000 families are looking for homes on Derry’s cityside, Councillor Tony Hassan has said.

Cllr Hassan, Sinn Fein’s spokesperson, on housing was speaking as he welcomed   news from Apex Housing that it had allocated the first of 67 new social homes at Bradley’s Pass in the Shantallow area of the city.

While welcoming the news, Cllr Hassan said there were over 2,000 people on the cityside housing list and called on Envirnment Minister Mark H Durkan to grant planning permission for a major development in the Skeoge area.

He added: “Apex Housing have said that 23 homes out of the 67 units have been allocated this week and have also conformed the official name of the development is Racecourse Mews.

“However. the number of people waiting for a home in the city has increased dramatically over the past few years with more than 550 people on the homeless list in the Colon office alone.”

Cllr Hassan concluded: “It is therefore crucial that with over 2000 people on the citywide list that local Minister Mark H Durkan grants planning permission to the Skeoge lands for a major housing development that will help alleviate the crisis in housing.”