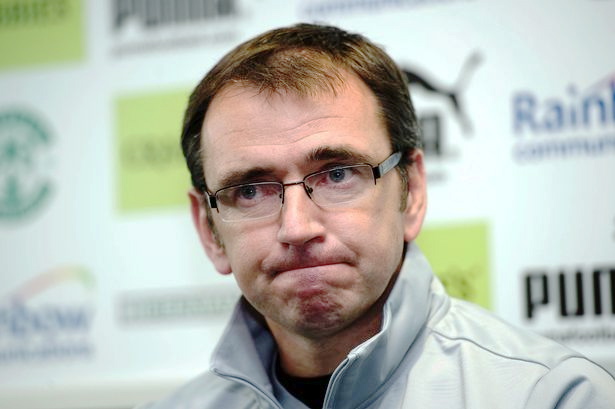 Former Derry City boss Pat Fenlon has been appointed the new manager of Shamrock Rovers with his first match in charge against his old club tomorrow night.

The 48-year-old succeeds Trevor Coly whose contract was terminated at the weekend following a 4-1 defeat by Limerick.

Fenlon had been out of the game since leaving Scottish Premier Division club Hibernian at the start of November last year.

The Dubliner, who had a spell with the Hoops as a player during the 1990s, said he was delighted to take over the managerial reins at Rovers and was looking forward to the clash with the Candystripes.

He said: “I’m looking forward to the game against Derry City on Friday night. Hopefully, there will be a big crowd and we will work hard to get a result from the game and start on a positive note.”

Fenlon resigned as Derry City manager in May 2007 after just five months in the job, citing personal reasons for his decision to leave.

He had succeeded Stephen Kenny at the Brandywell.

He has also previously managed Shelbourne,  the Republic of Ireland under-23s and Bohemians and Hibernian.

He won five League of Ireland titles with Shelbourne and Bohemians between 2003 and 2009.

His 2004 season with Shelbourne saw him become the first manager to reach the third qualifying round of the UEFA Champions League with an Irish club.

Fenlon moved to Hibernian in November 2011, helping them reach two Scottish Cup Finals, although both were lost heavily.