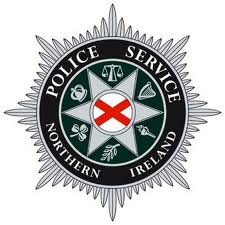 CAR SET ON FIRE IN FOYLE ROAD AREA OF DERRY

Police in Derry are appealing for information after a report of arson in which a car was set on fire in the Foyle Road area of the city last night.

Shortly before midnight, it was reported that a red Volkswagen Golf was set alight outside a house in the Glendara area.

Northern Ireland Fire and Rescue Service attended the incident and the fire was extinguished.

Extensive damage wass caused to the car as a result of the incident, but no one is believed to have been injured.

The incident occurred after a man wearing a hooded top placed a fire bomb in the Everglades Hotel in the Waterside area of the city.

A PSNI spokesperson said police would like to speak with two males who were seen leaving the car at the time of the incident.

The spokesperson said: “Both men were wearing hooded tops and may be able to assist police with their enquiries.”

The spokesperson asked anyone who witnessed the incident or anyone with any information to contact them at Strand Road Police Station on the non-emergency number 101.

Or if someone would prefer to provide information without giving their details they can contact the independent charity Crimestoppers and speak to them anonymously on 0800 555 111.

CAR SET ON FIRE IN FOYLE ROAD AREA OF DERRY was last modified: May 30th, 2014 by stephen