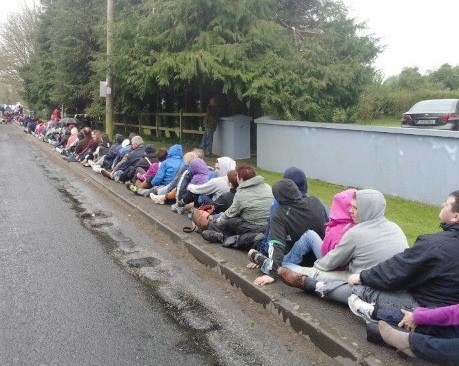 DERRY TO “ROCK THE BOAT” IN WORLD RECORD ATTEMPT Derry will “Rock the Boat” today in an attempt to “row” into the record books – all in aid of the Foyle Hospice.

Local people are being urged to take part in the attempted new world record for the number of people  to “row” to the popular “dance move” this afternoon.

The current record stands at 1,702 “rowers” set in Carrick on Shannon.

The entry fee is £5 and £1 for children with all money raised on the day will be donated to the Foyle Hospice.

A “warm-up” will take place in Guildhall Square at 1.00pm with the record attempt taking place an hour later.

Registrations will be taken outside the Foyle Hospice Shop in Waterloo Place from 10.00am.

“Rock the Boat” is a disco song by the group Hues Corporation in 1974 and today remains a favourite weddings and parties.