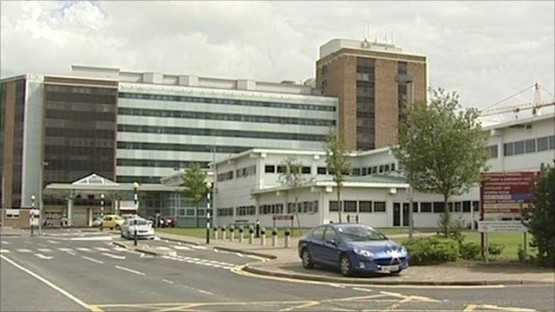 CHILDREN WITH EPILEPSY: ANGER AT SPECIALISED TESTING DELAY AT ALTNAGELVIN

The Western Trust has been called on to give a start up date for the “comprehensive” specialised testing of children with epilepsy in Altnagelvin Hospital in Derry. 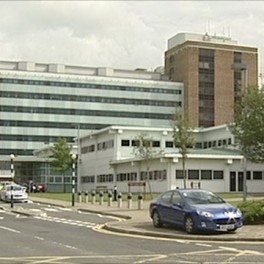 The call comes from PACE (Parent Action for Children with Epilepsy) who say it is “unacceptable” up to 300 seriously ill children and babies should have to travel to Belfast for Electroencephalogram (EEG) screening.

While PACE  has given a cautious welcome to the recent announcement by the Western Trust that new portable EEG equipment is being purchased for use in Altnagelvin Hospital, they are concerned this is a “panic measure” brought about by the failure to establish a proper EEG unit in Altnagelvin.

Keith Cradden, from PACE,  expressed concern at the continuing delays in establishing the hardware, accommodation, staffing and back-up facilities required to ensure babies and young children would no longer be required to travel Belfast for EEG testing.

Mr Cradden said: “PACE has held a series of meetings with the Trust and the local Commissioning Group of the Health and Social Care Board.  As far back as June 2011 the Trust are on record as accepting that the current situation regarding EEG testing was unacceptable and in April 2012 we were assured that funding for equipment, staffing and accommodation had been secured and that issues around the reading of EEG’s was in the process of being resolved. Indeed we were informed at that time that the equipment required for testing was in place and on site.

“In June of this year PACE were elated to hear that all issues had been resolved and that local EEG testing of children should be in place by the autumn. However, it now appears that there are still important issues to be resolved, particularly around staffing, suitable accommodation, and the reading of EEG test results.

“PACE would therefore expect a clear statement from the Trust of a start date for comprehensive paediatric EEG testing in Altnagelvin. If it was unacceptable in June 2011 as the Trust accepted at the time then it remains unacceptable that over two years later seriously ill children and babies should be required to travel to Belfast for EEG testing.”

Mr Cradden said PACE would continue to push for funding to ensure that the NICE (National Institute for Clinical Excellence) guidelines for the management of epilepsies was more fully implemented.

He added: “These guidelines outline a series of recommendations including the development of comprehensive care plans and emphasise the key role of Paediatric Epilepsy Specialist Nurses in the management and support for families faced with the day to day problems of dealing with a child with epilepsy.

“Current nursing provision is woefully inadequate with two part time Paediatric ESN’s employed in the Western Trust Area. This means that one ESN part-time nurse deals with the northern half of the Trust area and is expected to provide support to epilepsy specialists and generalists to ensure multi-agency services and to provide information, training and support to the child, and carers as laid out in the NICE guidelines. Clearly an impossible task.”

Mr Cradden said both adults and children with epilepsy suffer from “stigmatisation and a general lack of understanding” of the condition.

He added: “It remains an unfashionable area of medicine both in terms of funding and research.  The reality is that throughout the UK region many GP’s do not have the expertise to manage epileptic conditions and a briefing paper produced by the Joint Epilepsy Council raised concerns estimating that 70% of those with epilepsy can be seizure free with optimal treatment but the current rate is about 52%.”

Mr Cradden said it was  impossible to give realistic figures in the Northern Ireland region as there was no proper monitoring of the number of children who are epilepsy sufferers but PACE estimated there were 200 to 300 in the Foyle Trust area alone.

He added the suffering endured by all of those with epilepsy was considerable and its effects on children were “horrific.”

He added: “It is simply unacceptable that children should continue to suffer unnecessarily mainly through lack of funding.

“PACE consider it important to constantly acknowledge the skill and dedication of staff both in Altnagelvin Hospital and in the Royal Children’s Hospital in Belfast. However, there are far too few specialists and nurses in this field  and they are under enormous pressure to manage workloads. An urgent review is required in the Northern Ireland region of compliance with NICE guidelines.”

Mr Cradden revealed PACE has been working with Epilepsy Action Northern Ireland and were to meet the Minister shortly to further press the case for better funding and for immediate clarification of the EEG and nursing levels in the Western Trust area.