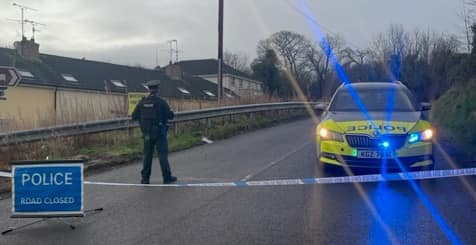 Detectives from Strand Road in Derry investigating a shooting in the city last night, Monday, January 23, are appealing for witnesses or anyone with information to contact them.

A man, aged in his thirties, was shot in the lower leg shortly after 9pm in a wooded area, close to commercial premises on Whitehouse Road and at the junction of Coshquin road.

A lone and masked gunman is reported to have shot the victim once in the leg.

The victim was taken to hospital by the Northern Ireland Ambulance Service.

He remains in hospital this morning.

Police remain in the area where a cordon is in place at the junction of Coshquin Road and Whitehouse Road.

Detective Inspector Lavery from Strand Road Criminal Investigation Branch said: “Our investigation is at an early stage and we are specifically appealing for anyone who was in this area at around 9pm and who saw anything suspicious, or out of the ordinary, to get in touch.

“We’re also keen to hear from drivers with dashcam who were in the area at this time to check their footage and see if they’ve captured the gunman.”

Detective Inspector Lavery added: “The shooting we witnessed last night is a clear human rights abuse and the injuries inflicted on the victim are a stark violation of people’s basic human rights.

“This attack will leave physical and mental scars and trauma that may never heal. No good comes from this – ever.

“These attacks are not only placing the victims at risk, but also the local community. People should feel safe in their own homes.

“No-one has the right to take that away from anyone.

“This violence has no justification and paramedics, nurses, doctors and all other NHS and care workers need to be allowed to focus all their efforts on treating and saving people who need help.”

You can also call Crimestoppers anonymously on 0800 555 111 or online at http://crimestoppers-uk.org