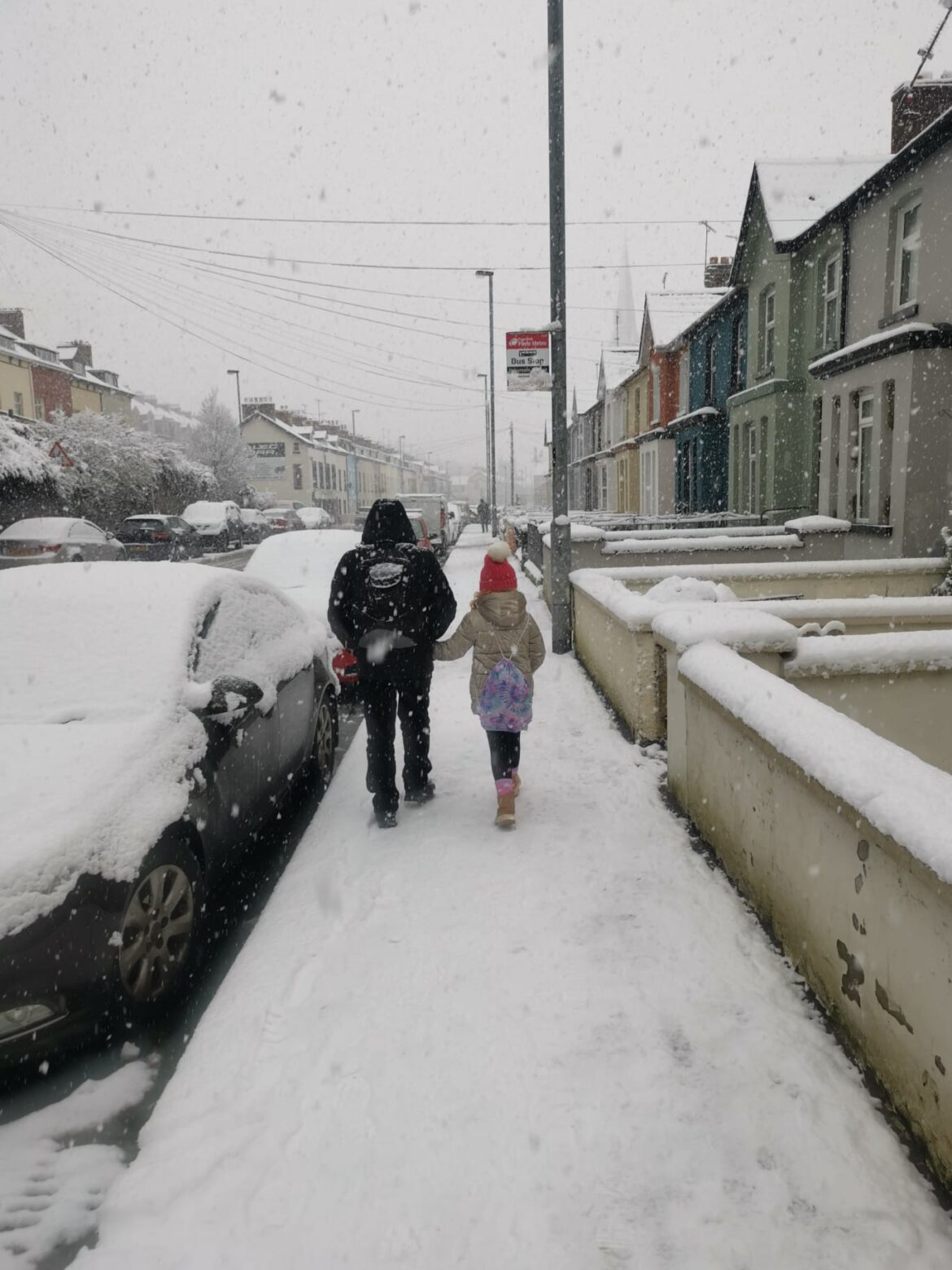 A walk in the snow in Derry as public warned of further flurries across the city for a second day. Pic by Donal Dunn

For a second day there are further school closures across the North of Ireland as snow and icy conditions continue.

Worst affected are schools are in the North West, including primary and secondary schools in Derry, Limavady and Strabane.

The PSNI say driving conditions remain hazardous across the North due to the snow and freezing temperatures.

The Met Office says a yellow weather warning for snow and ice remains in place until midday today, Wednesday, January 18.

Translink are advising passengers to expect some disruption to services.

The public transport service tweeted that there may be delays and disruption to some Foyle Metro services, especially those on higher ground, along with services in Coleraine.

Derry City and Strabane District Council said it also anticipates disruption to its services on Wednesday.

In a tweet this morning, the council said: “Despite the weather conditions Council is its providing services with minimal disruption.

“Recycling centres will open when it’s safe to do so

“Bin collections operating with some disruption

“Cemeteries remain closed except for burials.”

So treacherous were conditions that the Coleraine mountain road was closed for a time on Tuesday evening with police turning drivers around on the Limavady side of the mountain.