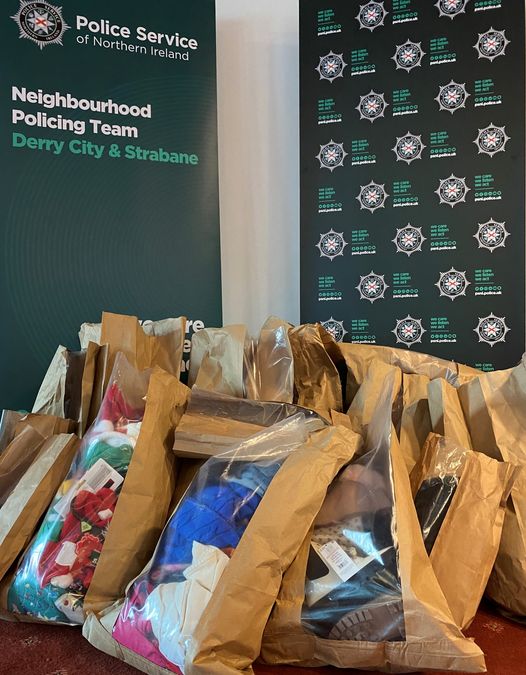 A 27 year old man arrested in relation to thefts at local businesses in Derry between October and December has been charged to court.

He has been charged with two counts of theft.

He was one of two men arrested yesterday by the PSNI’s City Centre Neighbourhood Team as part of an investigation into thefts from businesses in Derry between October and December this year.

During a search of a property in the city, police say officers recovered stolen goods worth around £2,000.