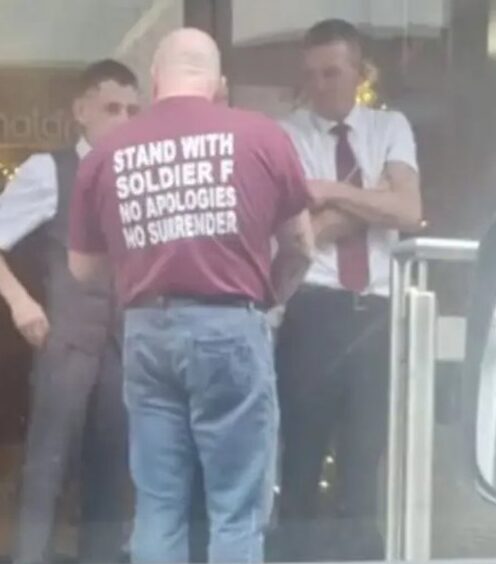 Ulster Unionist Party leader Doug Beattie has condemned the presence of a Soldier F t-shirt at the Apprentice Boys parade in Derry on Saturday.

A picture of a man wearing the garment with “Stand With Soldier F” printed across the back circulated has been circulating on social media.

“No Apologies, No Surrender,” the print also reads.

Writing on social media on Sunday morning, Mr Beattie slammed the presence of the t-shirt.

“There are some people who go out of their way to be hurtful and spiteful,” the unionist leader tweeted.

SDLP leader Colum Eastwood also took to Twitter on Saturday to express disappointment at the display.

“The people of Derry have led the way in accommodating the Apprentice Boys parades,” he wrote.

“It’s not been easy and has meant all sides have had to stretch themselves.

“This nonsense is deliberately offensive and has no place in our city.”