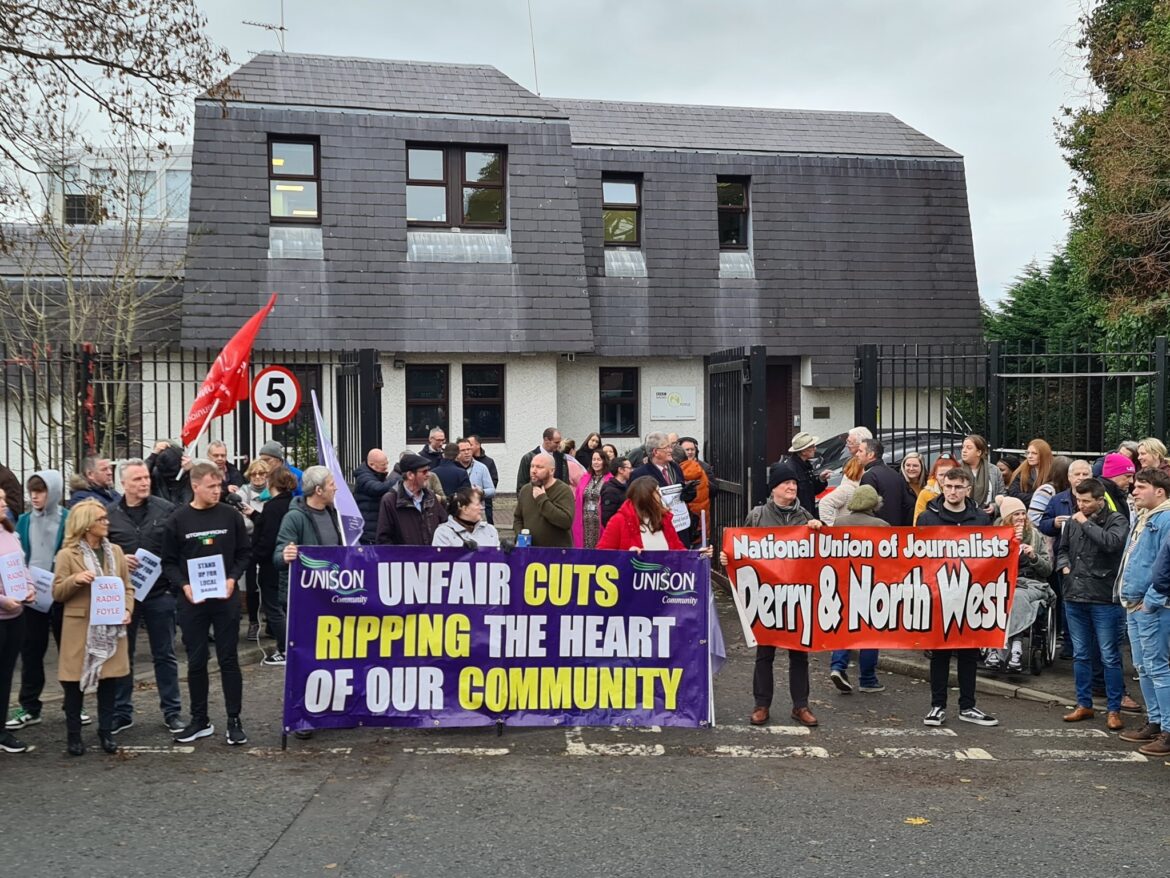 BBC hopes to save £420k from ‘gutting’ Radio Foyle 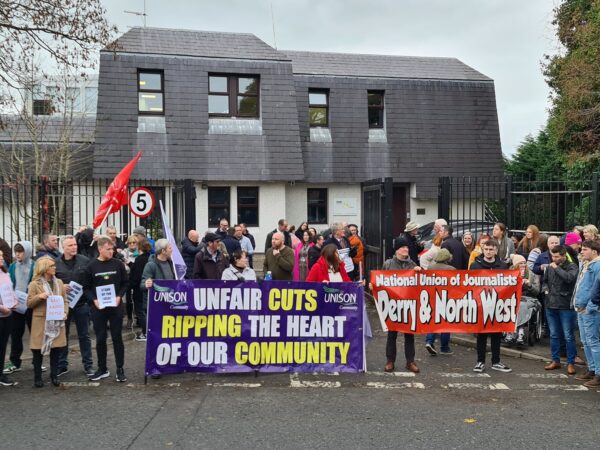 Journalists and supporter gather outside the Radio Foyle station in Derry to protest over cuts to jobs and programmes. Pix by Steve Bradley

BBC NI has been accused of being willing to “destroy” Radio Foyle for the sake of £420,000.

It is planning to close 36 posts in an attempt to make £2.3m of savings and invest more money in online services.

SDLP leader Colum Eastwood, who has raised the issue with the UK Prime Minister Rishi Sunak on Wednesday during PMQ’s in the House of Commons, said: “I’ve just been told that the total saving the BBC hopes to get from gutting Radio Foyle is £420k.

“They are prepared to destroy a station that has provided 1st class, local public service broadcasting for decades for that when there are clearly other ways to find the £ in BBC NI!”

People Before Profit Cllr Shaun Harkin, who spoke at a well-attended protest outside the Radio Foyle studio on Wednesday, vowed to take the fight for Foyle to Belfast if BBC NI’s decision is not reversed

“People in Derry are no longer reeling from the shock announcement of programming cuts threatening Radio Foyle’s future,” he said. 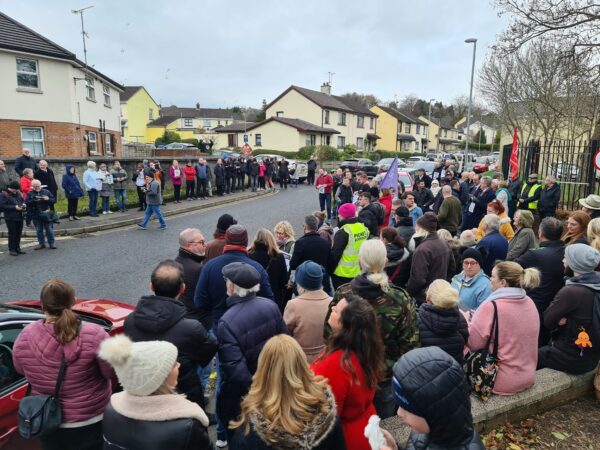 “The protest at Radio Foyle has demonstrated the outrage people feel but also the willingness to resist a devastating attack on workers, on journalism, on democracy, on public services and on Derry and the greater North West.

“We are fighting on every front to protect and expand our public services. For the university we need, for rail and public transportation expansion, to protect our Council services, for Altnagelvin and for Stormont led job investment. Everyday we deal with the legacy of regional inequality.

“The BBC should be focused on expanding Radio Foyle as a very meaningful element of addressing regional inequalities. They should actually apply their often mentioned mantra about the need ‘to go local’ instead of ripping us down.

“Interim Director Adam Smyth has an opportunity to step back from the decision laying the basis to shutdown Radio Foyle. If he doesn’t, we will be coming to shutdown Belfast BBC HQ.”

A spokesperson for BBC NI said BBC audiences are the heart of everything that it does.

“We are committed to Foyle as a production centre for local and regional content.

“The savings plans we have announced affect many different people and teams within BBCNI. Our engagement with them is ongoing,” the spokesperson added.