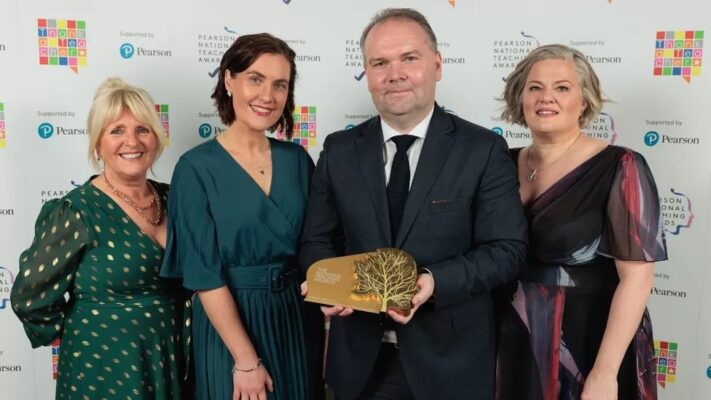 A Co Derry post-primary has been named UK secondary school of the year at the 2022 Pearson Teaching Awards.

Limavady High School was presented with the award at the winners’ ceremony in London.

The Pearson Awards were founded by film-maker Lord David Puttnam in 1998 to celebrate excellence in education.

They are open to teachers from England, Wales and Northern Ireland and attract thousands of entries.

In 2021, former US President Bill Clinton paid tribute to Marie Lindsay, the former principal of St Mary’s College in Londonderry, when she picked up a lifetime achievement award.

Limavady High School is a non-selective post-primary with about 800 pupils.

It runs some classes and facilities jointly with the nearby St Mary’s High School.

Shared campuses allow pupils from different backgrounds in separate schools to come together to share some classes and new buildings.

They were originally part of the Northern Ireland Executive’s Together: Building a United Community (TBUC) strategy in 2013 but the Limavady one is set to be the first to be built.

Awarding Limavady High the gold award for the Making a Difference UK Secondary School of the year, the judges praised the school’s connections with the Limavady community.

“The school motto ‘Making connections, shaping futures’ is evident in the strong relationships with its pupils and the local and wider community,” the judges said.

“The school’s vision is to prepare the pupils to meet the ever-increasing demands of life in the 21st century.”

Darren Mornin, the head teacher at Limavady High School, said winning the award was a “huge achievement for our school and our community”.

“This award is amazing recognition for all the hard work everyone here has put into making Limavady such a special place,” he said.

The judges also said the health studies team at NWRC were “focused and passionate and lead their students through a wide range of subjects, introducing them to the kinds of working practices they can expect in a career in health services”.

The lecturers all teach on the BTec in health studies in the college, which has campuses in Derry, Strabane and Limavady. 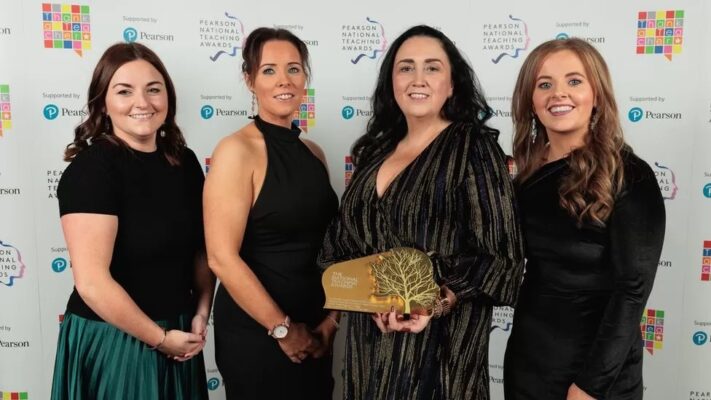 They said it was “so wonderful to be appreciated like this”.

“We are delighted to be recognised for our hard work,” they added.

The BTec course is an alternative to A-levels and prepares students for a range of health roles, including nursing, midwifery, radiography and a range of therapies.

There are six further education colleges in Northern Ireland but student numbers in them have been falling in recent years.

The principal and chief executive of Belfast Metropolitan College, Louise Warde-Hunter, has warned that the further-education sector is concerned about the cuts “coming towards us”.

She told BBC Northern Ireland’s Sunday Politics programme that the colleges have been asked to model £12m of savings in 2023.