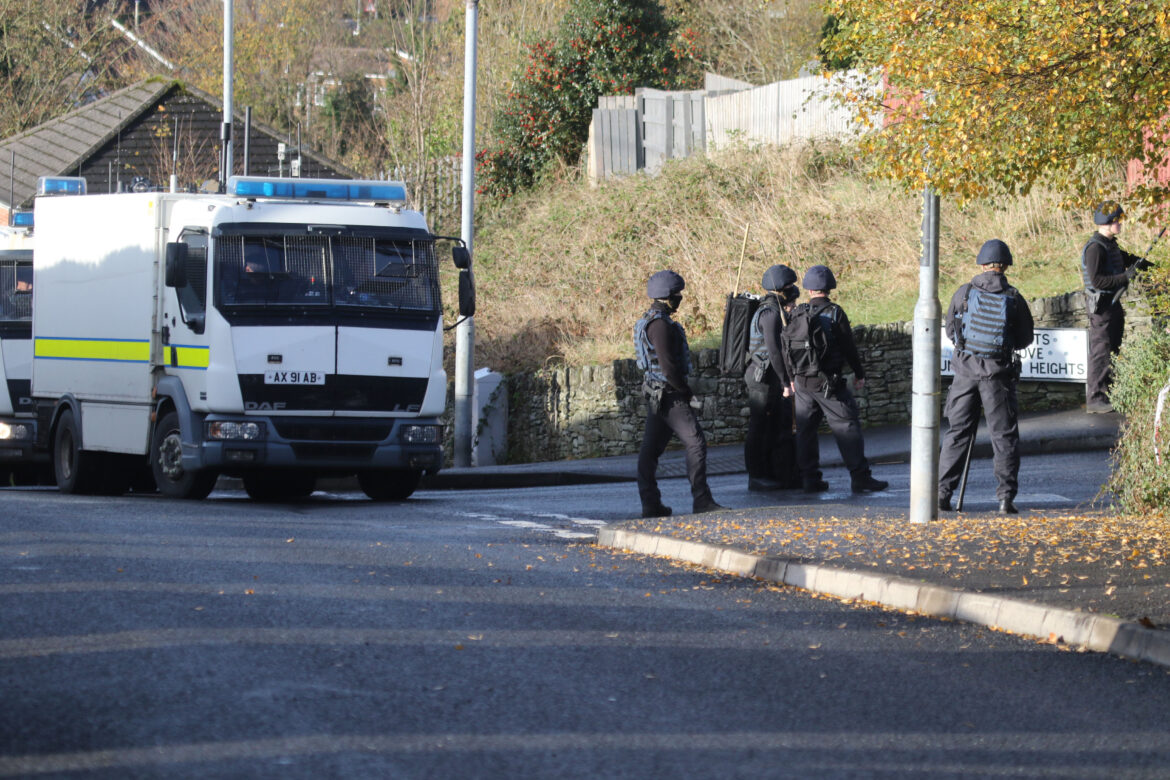 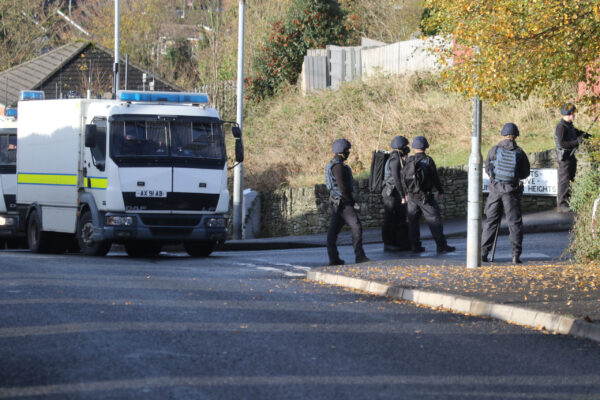 Detectives from the PSNI’s Terrorism Investigation Unit investigating the attempted murder of two police officers on Thursday, November 17, have today conducted a search of a property in the Strabane area.

An item was seized for forensic examination.

Last week the New IRA claimed its members were behind the murder bid and detonated an ‘Explosively Formed Projectile’ at a police car.

In its statement, the New IRA said the device was detonated by command wire and caused “significant damage” to the police car as it drove through the Mount Carmel Heights area.