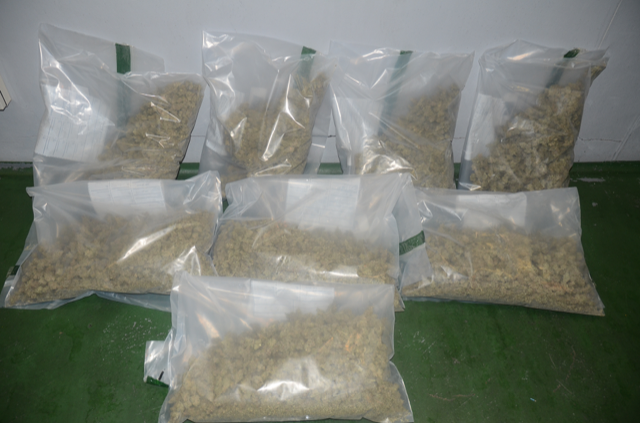 Officers from the Paramilitary Crime Task Force investigating criminality associated with the INLA have made three arrests and recovered a large quantity of controlled drugs following searches in Derry and Belfast on Thursday 24th and Friday 25th November.

A 23 year old woman and a 62 year old man were arrested following searches in Derry.

A 31 year old man was arrested in Belfast, with all three remaining in custody at this time.

Substantial quantities of cannabis and suspected class A drugs with an estimated street value of over £130,000 were recovered in total.

Detective inspector Phelan said: “This is a significant seizure of controlled drugs which have now been safely removed from our streets and community.

“I would encourage anyone with information about the supply or use of illegal drugs to contact police on 101 or submit a report online using the non-emergency reporting form via http://www.psni.police.uk/makeareport/.

“You can also contact Crimestoppers anonymously on 0800 555 111 or online at http://crimestoppers-uk.org/.