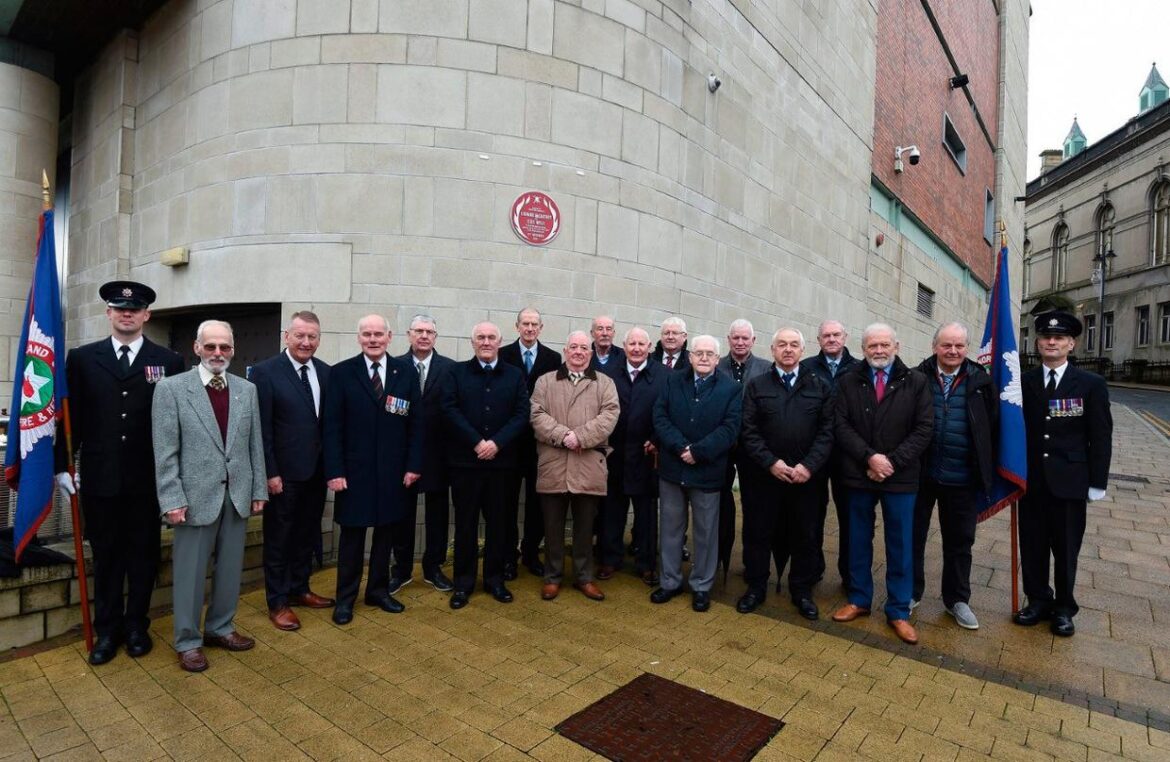 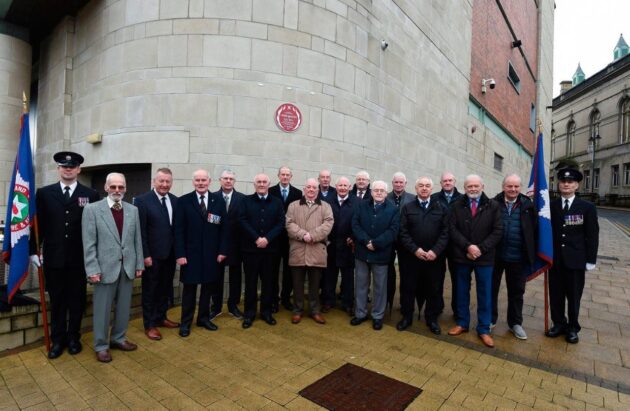 A memorial plaque has been unveiled for two firefighters who died in the line of duty on the 51st anniversary of their deaths.

Leonard McCartney and Lexie Wylie lost their lives fighting a blaze which broke out at The Melville Hotel, Derry, in 1971.

The building on Foyle Street collapsed, tragically killing them both.

A message sent to the fire service control room shortly after said “no action for rescue is possible as all upper floors collapsed without warning” and that “all five floors and attics severely damaged by fire”.

It took rescuers 17 hours to locate the men’s bodies in the rubble.

The plaque was unveiled at the location where the incident took place on November 21, 1971.

He had been a firefighter based in Northland Road fire station for 20 years and was survived by his wife Mary and three children Audrey, Robert and Alan.

Leading Fireman Lexie Wylie was 35-years-old and had been in the fire service for 14 years, serving at the same station.

He lived with his mother and sister at their family home in Galliagh.

Both have been described in the order of service for the unveiling as “popular and valued members of the team of firefighters who protected their local community day and night through those dark and dangerous times”.

The Fire Brigade Union’s (FBU) Red Plaque Scheme commemorates all firefighters who have lost their lives in the line of duty.

“Leonard McCartney and Lexie Wylie were firefighters who did everything they could do to serve their communities for years,” said Jim Quinn, FBU executive council member for Northern Ireland.

“They fought fires and carried out rescues during a very dangerous period in our country. They carried out their duties with real bravery and lost their lives in a huge and tragic incident.

“It is absolutely vital that we remember them and their contributions across their time in the fire and rescue service.

“This plaque will go a long way to ensuring that that happens,” he said.

Matt Wrack, FBU general secretary, said it was important to remember the sacrifices firefighters had made.

“The FBU’s Red Plaque Scheme places plaques for firefighters who lost their lives in the line of duty as close to the place of the incident as possible.

“It is vital that history is remembered in the spaces it was lived.

”Doing that ensures that the community can really understand what happened. Mr McCartney and Mr Wylie were by all accounts extraordinarily brave firefighters who worked in a very difficult time for their communities.

“It is a privilege for the union to have a part in ensuring that they and what they did are remembered.”

The Red Plaque Scheme is fully funded by proceeds from the weekly firefighters’ 100 Lottery which has been able to create several plaques since it began in 2017.