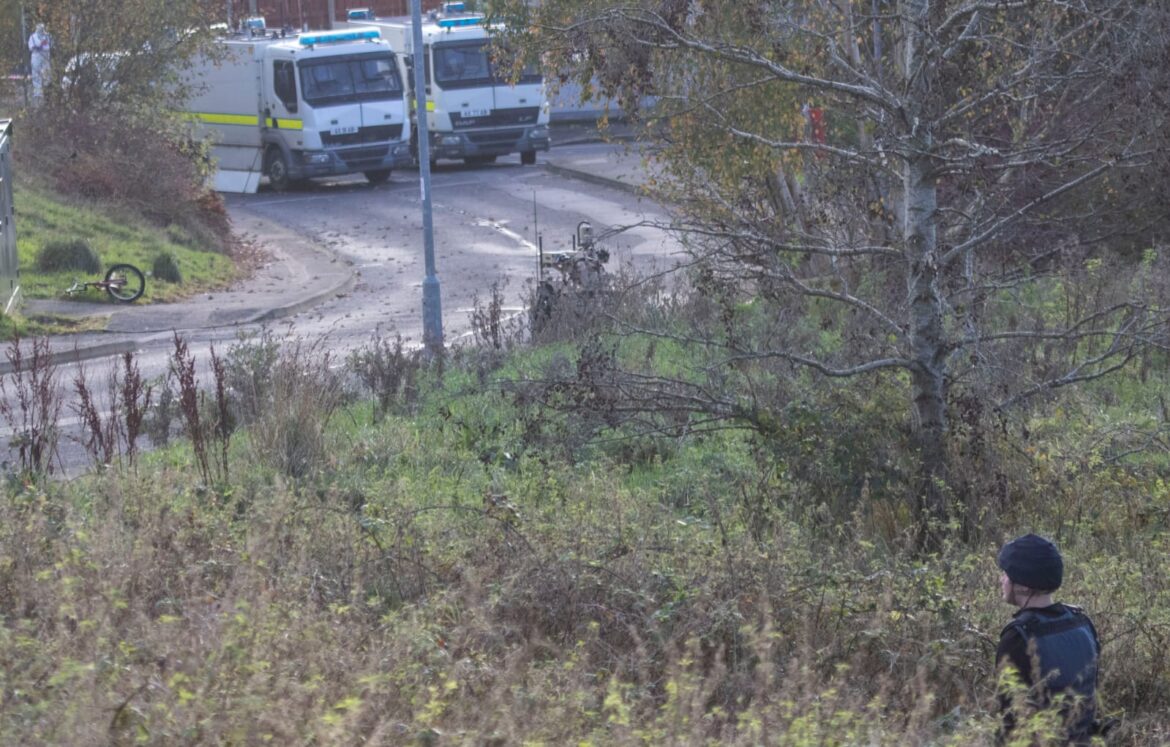 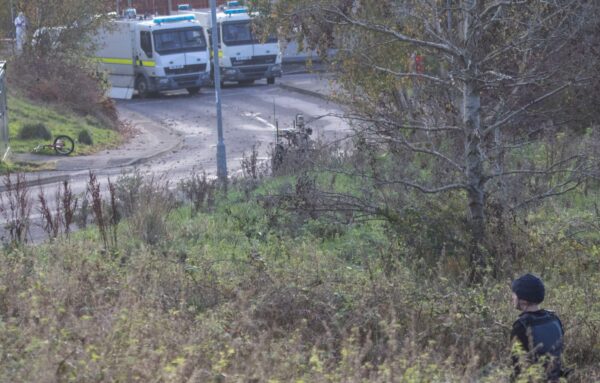 ATO at scene of bomb attack on police officers in Strabane. Pic by NorthWest Newspix

Detectives from the PSNI’s Terrorism Investigation Unit investigating the attempted murder of two police officers in Strabane on Thursday evening, November 17, have made a fourth arrest three men.

TIU detectives also conducted a number of searches in Strabane on Saturday, November 19.

The 38-year-old was arrested under Section 41 of the Terrorisam Act in the Strabane area.

Three men, two aged 36, and a 28-year-old were arrested in Strabane on Friday evening.

All four remain in custoday at the Serious Crime Suite in Musgrave Police Station for questioning.

More than 1,000 residents were affected by the security alert, with children being unable to get to school and carers unable to reach vulnerable residents, politicians say.

While no homes were evacuated, the road into the residential area was closed for much of Friday.

The road has since reopened.

Assistant Chief Constable Singleton said: “Our thoughts are first and foremost with the two police officers who were here last night serving their community.

“Fortunately they are left simply shaken by what happened last night, but we are treating this incident as a credible attempt to murder those officers. This is an attempted murder investigation. 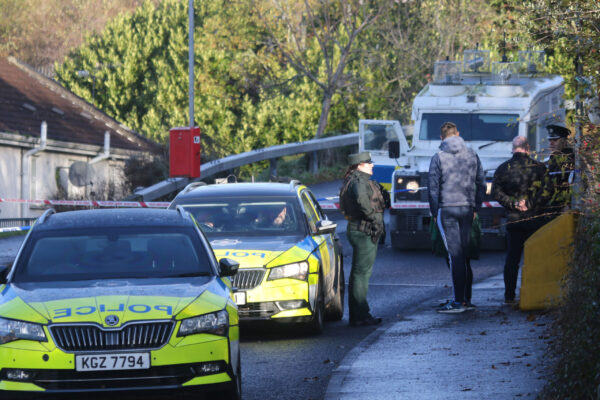 The sealed off entrance to Mt Carmel Heights in Strabane where the New IRA tried to kill two police officers Thursday night with an IED.

“While our investigation is at an early stage, a strong line of enquiry is that this attack this was carried out by the New IRA.”

He also acknowledged the local community, saying: “We have somewhere in the region of 1,000 residents who have been affected by that security alert.

“We take this opportunity to thank them for their patience.”