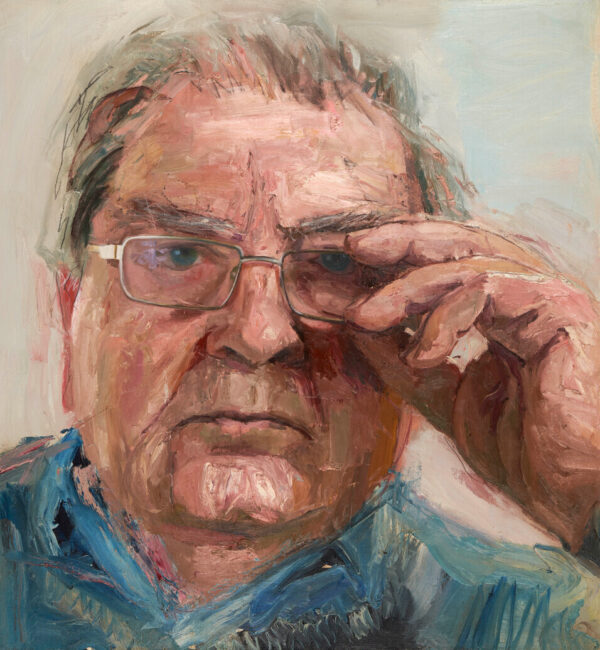 SDLP Leader Colum Eastwood has said a new portrait of John Hume at Westminster is a fitting tribute to the peacemaker.

SDLP South Belfast MP Claire Hanna proposed the portrait of the former SDLP Leader and Foyle MP and it was commissioned by the Speaker’s Advisory Committee on Works of Art.

The painting is by Colin Davidson and will hang in Portcullis House as a permanent addition to the Parliamentary Art Collection.

It will be formally unveiled at an event on Monday, November 7.

Said the Foyle MP: “Since John’s passing in 2020 we have seen numerous tributes paid to him around the world. From his home city of Derry, to Brussels, Dublin, Washington and now Westminster, the enormous contribution that John made to peace here and his lasting legacy has been fondly remembered and immortalised in everything from sculptures to paintings and stage performances.

“During his political career John wore many hats, he led the SDLP, served as an MEP and was a regular visitor to America to advocate for peace.

“This remarkable portrait from Colin Davidson recognises the over 20 years John spent serving people in Derry as their MP.

“When he was first elected in 1983 the North was embroiled in turmoil and by the time he retired things had changed unimaginably – largely due to his efforts.

“It’s fitting that his contribution to achieving peace on this island will be permanently recognised at Westminster.”

South Belfast MP Claire Hanna said: “John’s contribution to our lives has been incalculable and he is an inspiration for anyone choosing to pursue their goals through political and parliamentary means.

“He knew the value of protest and campaigning, but also the need to create and use political and democratic levers to achieve change.

“His commitment to peace created the three-strand concept embedded in the Good Friday Agreement and he knew each has to be nurtured.

“We’re delighted that his portrait, in such a prominent location in Westminster, will remind and encourage UK parliamentarians to understand and value the Agreement’s principles.

“Colin Davidson has also made a huge contribution to public life through art, using his incredible skills to communicate truth in accessible ways – there was no better fit for this painting’s commission.”