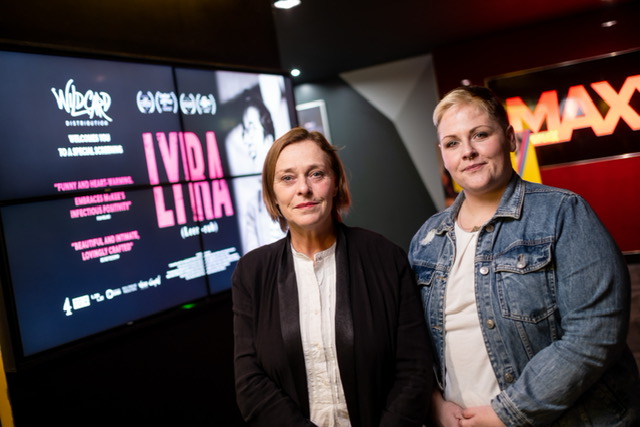 Aard-winning Irish documentary LYRA had an emotional private screening last night in Derry ahead of its UK and Ireland release today, Friday, November 4.

At a full-capacity cinema in Derry’s Omniplex, LYRA was shown for the first time to guests including civic leaders, friends and family of the late journalist.

The screening was then followed by a Q&A with director, Alison Millar and Lyra’s partner, Sara Canning.

Directed by Alison Millar, BAFTA-winning director and close friend of Lyra McKee, LYRA is a beautiful and heartfelt film about the life and death of the internationally renowned Northern Irish investigative journalist Lyra McKee.

Raised in working-class, war-torn Belfast, McKee went on to highlight the consequences of the Troubles, seeking justice for crimes that had been forgotten since the Good Friday Agreement.

Her murder by dissident republicans the day before Good Friday in 2019 sent shockwaves across the world.

Using hours of voice recordings from Lyra’s own mobile, computer and Dictaphone, the documentary, which won the Audience Award at the Cork Film Festival, seeks answers to her senseless killing through Lyra’s own work and words.

The result is a complex picture of Northern Ireland’s political history, bringing into sharp focus the ways in which the 1998 Good Friday agreement – with its promised end to violence for future generations – has struggled to be fully realised.

Speaking following the screening, Director Alison Millar said: “Thanks to Wildcard Distribution, we are delighted to be able to share the incredible LYRA with the world, and to a full-capacity audience in Derry.

“This evening was hugely emotional, bringing Lyra’s story back to the city she he cared about so much.

“The making of this film was incredibly personal for me as a friend of Lyra’s and throughout the entire process I wanted to make sure that the world knew who Lyra was and, to do it through Lyra’s own words, made it all the more special.

“Alongside projecting Lyra McKee as a ‘fearless investigative journalist, determined and tenacious, honest in her approach’ I wanted this film to also capture the great warmth and infectious humour of the person I’d known for so many years.

“Through the use of her voice recordings (enabling us to have her narrate her own story), home footage and her remarkable writing, I hope LYRA will inspire and introduce a new generation to her work and the story of her homeland, the turbulently beautiful Northern Ireland, of which she wrote so much about. 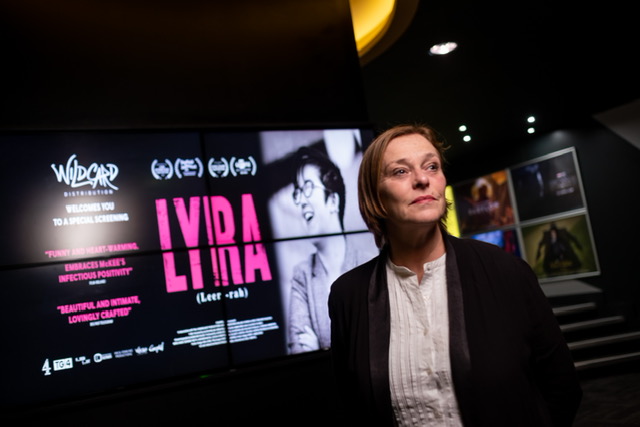 “I’ve made many films about Northern Ireland – its people and its past – but with this film, with LYRA, it’s different – with her, this time, it’s personal.”

Music for the film was scored by the Ivor Novello Award-winning David Holmes, Mark McCauley was cinematographer on the project and it was edited by the British Independent Film Award-winning Chloe Lambourne.