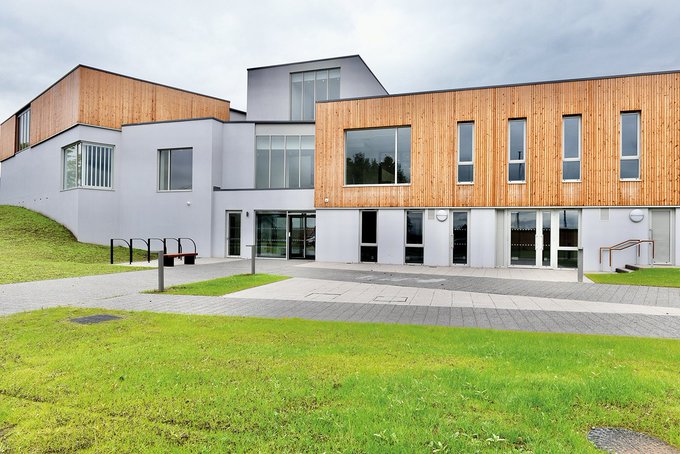 Top of the Hill Community Centre

Two Derry projects have been honoured at the prestigious Royal Institution of Chartered Surveyors UK Awards announced in London.

Top of the Hill Community Centre was highly commended in the Community Benefit category while the North West Transport Hub has received the Infrastructure Team of the Year title.

The awards seek to showcase the most inspirational initiatives and developments in land, real estate, construction and infrastructure.

The recently opened Top of the Hill Community Centre, named An Chroí, was highly commended under the Community Benefit category with judges describing it as ‘an excellent example of community benefit with several design challenges overcome through teamwork and innovation’.

The design team behind the Transport Hub in the Waterside were praised for their high standard of service to their client ‘demonstrating commitment to professional ethics and the highest ideals of professionalism to successfully deliver the project’.

“I am delighted these two local council projects have received industry recognition at the highest level this week,” she said.

“Top of the Hill Community Centre is a real community hub in that area allowing the various services operating out of the centre to be delivered in a modern and fit for purpose environment.

“The Transport Hub has linked up our railway line with bus and greenway services and offers a bright, modern and spacious gateway to our transport network.

“Congratulations to all the teams involved on their recognition for bringing these multi-stakeholder projects to fruition, the benefits of that work will be reaped for many years to come by their service users.”

This Department for Infrastructure led project was funded in large by the SEUPB and was jointly managed and delivered in conjunction with Translink, Derry City and Strabane District Council, Donegal County Council, Department of Transport and Sustrans.

Top of the Hill Community Centre was originally constructed in the 1970s and was located on the Bard Hill Road in Gobnascale.

The centre was demolished in 2011 due to poor accessibility and condition.

The centre creates a focal point or gateway to a wider set of developments at the Top of the Hill Park and surrounding area. 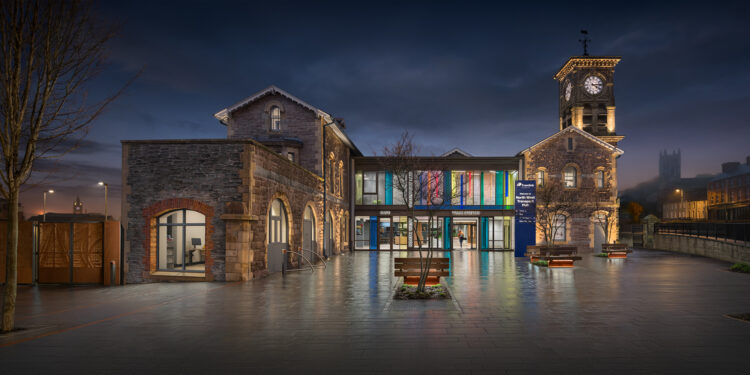 The North-West Transport Hub project involved the restoration and refurbishment of the former Grade B listed Waterside Train Station.

The new Hub has delivered an important gateway to the North West, aimed at regenerating the local area.

It aims to encourage a modal shift from car to public transport and other sustainable modes by providing integrated and convenient services to encourage more active travel.

Full details of the RICS Award winners for 2022 are available at: www.rics.org/uk