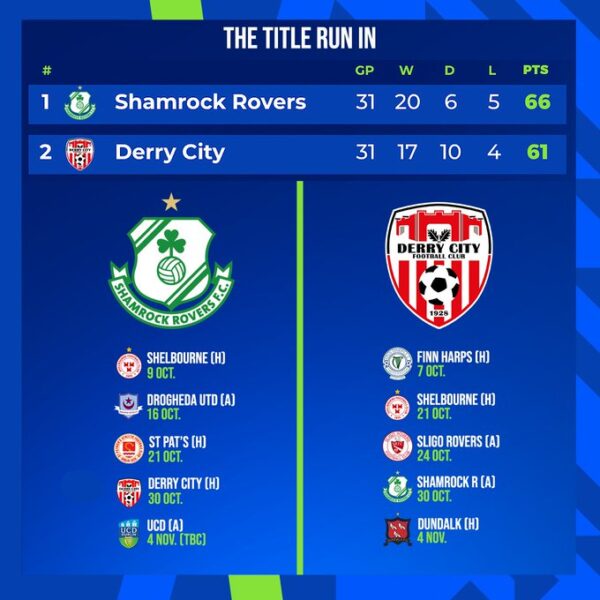 First up the Dublin derby meeting of Shamrock Rovers and St Patrick’s Athletic on Friday, October 21, will be broadcast live on RTÉ2, with a kick-off time of 7.45 pm at Tallaght Stadium.

Nine days later a potential title showdown will be shown, when Derry City visit Tallaght to take on the Hoops.

That Sunday evening fixture will have a kick-off time of 7pm, and will also be broadcast live on RTÉ2.

Meanwhile, the final games of the season will now take place on Sunday, November 6, two days later than originally scheduled.

Rovers are due to play Djurgardens in their last Europa Conference League game in Sweden on 3 November, which would have given them less than 24 hours to return to Dublin and prepare for their last game of the season, a visit to Belfield to take on UCD.

As such, their meeting with the Students has been moved, and thus all of the games have been moved, so that they all kick off at the same time in the closing round of fixtures.

Last day of the season: