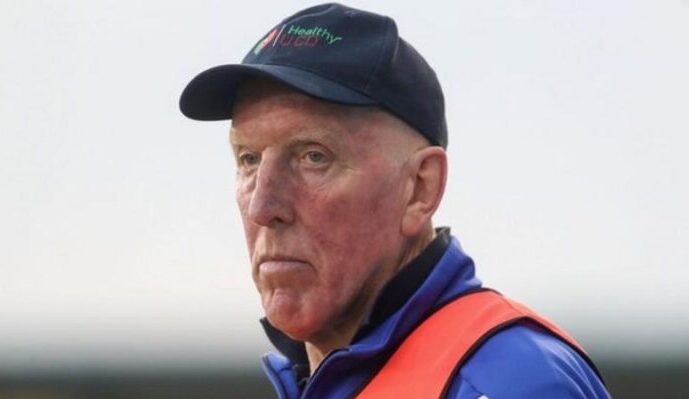 Mullins shone in midfield as the Dubs won the senior All-Ireland title as outsiders by beating Galway in 1974.

A fourth All-Ireland medal came his way in 1983 as he was one of three Dublin players sent-off against Galway.

He was twice named an All Star, was part of nine Leinster SFC-winning squads and retired from inter-county football in 1985.

As a coach, Mullins spent the 1986 season as caretaker manager of the Dubs, a year where they relinquished their Leinster crown to an emerging Meath side.

The Clontarf native subsequently guided Derry to a National Football League title in 1996, followed by Ulster SFC glory in 1998, the Oak Leafers’ last title before this year’s success.