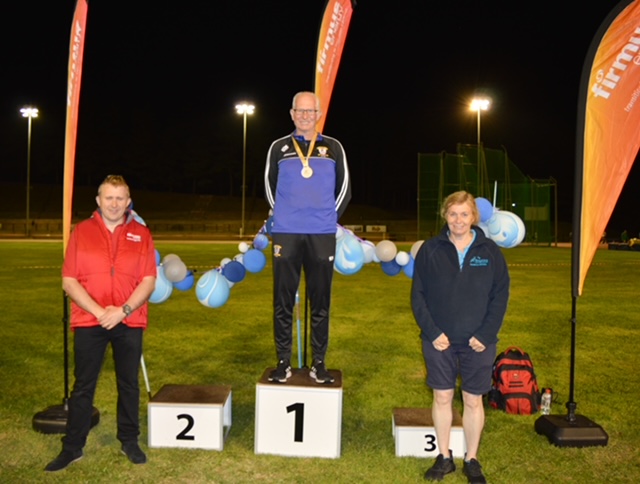 The North of Ireland’s largest athletics competition, firmus energy Fab 5, returned for the fifth and final event in the series at the Mary Peters Track in Belfast, attracting athletes from across the island of Ireland and GB. Over 300 competitors took part on the night, ranging in age from 8 to 85 years old.

The highly competitive series, which has been sponsored by natural gas company firmus energy since 2014, has welcomed in the region of 25,000 entries over the last thirty years and has included other well-known local sports stars, including Northern Ireland International footballer Aaron Hughes and Ulster and Irish Rugby player Stephen Ferris.

The Derry man is a regular on the athletics circuit, and at 85 years old, he is the oldest ever athlete to compete in the series’ 30-year history.

Not content with just that record, he managed to produce a throw of 21.45 metres in the Men’s Javelin to go number 1 in the UK Rankings.

The youngster managed a throw of 7.67 metres in the U17 Boys Shot Putt to claim silver.

He was joined on the podium by Luke Ward who won gold, and Jason Craig in third place taking bronze.

The athletics club had another silver medallist in the form of Jack McCloskey, who was narrowly pipped to the post by Michael Boyera in the Men’s 100 metres.

McCloskey finished the race with a time of 12.15 seconds, behind Boyera who finished in 11.64 seconds.

They were joined by Tommy McCay in third place who finished with a time of 12.37 seconds.

This year’s series; the first since 2019, has marked a thrilling return for local athletics. 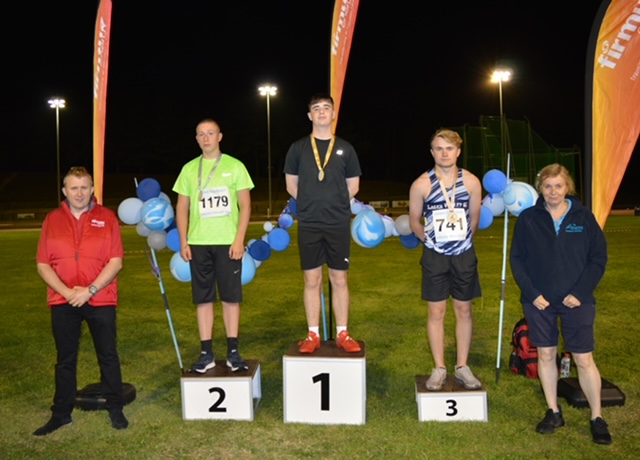 Spectators have been treated to some spectacular performances from competitors, with numerous national, international and para records broken by athletes from NI and beyond, as well as record participation from athletes, cheered on by crowds of hundreds in the stands.

“This series has been a great success for everyone involved, we’ve seen record breaking performances from athletes from across disciplines, many of whom see this series as a vital part of their competitive calendar.

“The success of this series demonstrates the continued popularity of the athletic event, and this year has definitely been one to remember.”

“We saw some great sporting performances from athletes of all ages and abilities, including Darragh Andrews who broke her third para record of the series, and Frank Stewart, who at 85 years old went to number 1 in the UK Rankings after his throw in the Men’s Javelin, which is an incredible result.

“When the lights finally went out at 10.00 pm everybody involved agreed that 2022 has been a fitting celebration of 30 years of Fab 5.

“We’re very proud at Lagan Valley AC to be the hosts and we look forward to welcoming everyone back next year.”