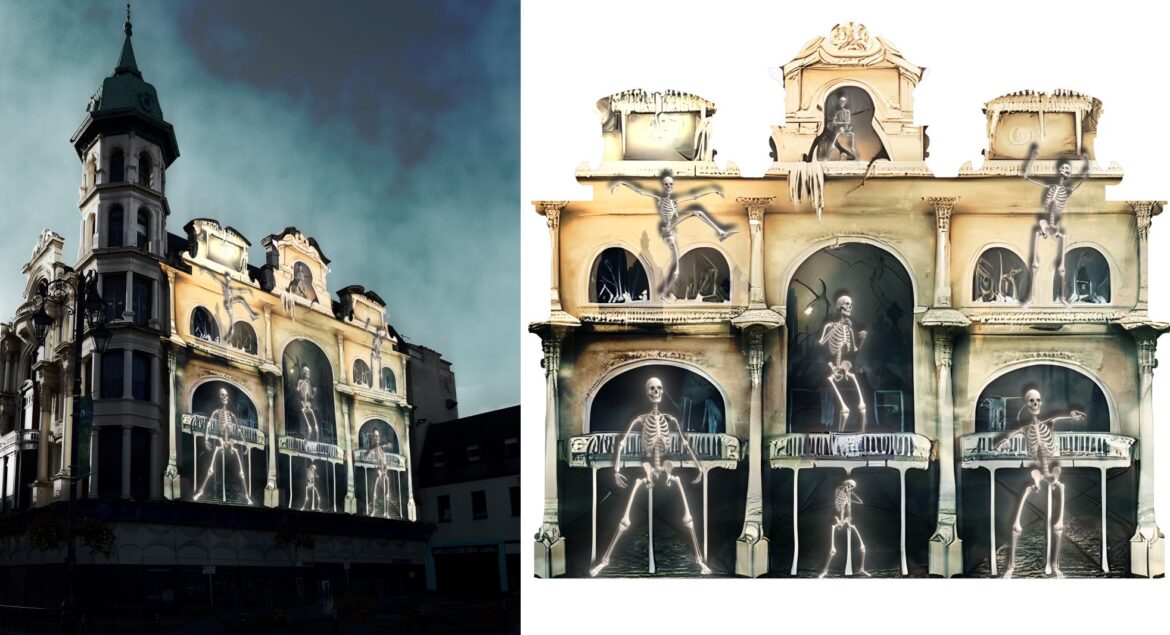 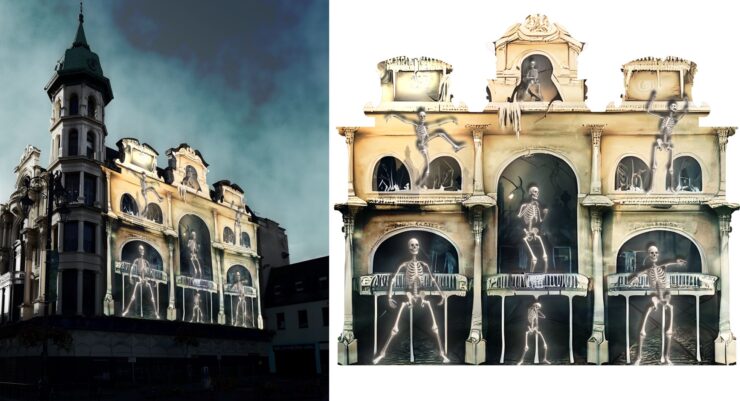 Derry’s internationally renowned Halloween festival has today revealed that it will partner with one of the top performing arts institutions in the world to deliver an unforgettable outdoor experience for festival goers this year.

Guildhall School prides itself on being a global leader in creative and professional practice, and is ranked as one of the top ten performing arts institutions in the world.

The School will harness that talent to come up with some spooktacular spectacles to beguile and bewitch for four nights from October 28th – 31st.

Mayor of Derry City and Strabane District Council, Councillor Sandra Duffy said she was thrilled at the announcement today.

“Derry has firmly established its reputation as the number one Halloween destination in Europe and it’s simply ‘the’ place to be on October 31st. I am delighted that this growing profile has caught the attention of such a prestigious creative institution.

“Partnership with Guildhall School will mean access to an even wider audience for the festivities, and I am so excited to see what creative new elements they bring to the celebration.

“It will add a new dynamic to the programme, and the opportunity to explore alternative dimensions of the Halloween story.”

The Guildhall School of Music & Drama team will curate 14 installations scattered throughout the City, including Bishop St Courthouse, London Street, Pump St, The Diamond, Shipquay Street, and then a further 14 installations in and around St Columb’s Park trail.

Looking ahead to the event, Guildhall School’s Dan Shorten, Creative Director of GLE, said: “Guildhall Live Events are absolutely thrilled to be delivering part of this year’s Derry Halloween Festival.

“We are relishing the opportunity to bring our blend of digital and theatrical design to Derry to explore some of the amazing history and cultural heritage of Samhain.

“We plan to transform the buildings within the Walled City using dazzling projection displays and to bring a sinister forest of shadows to life in St Columb’s Park by combining sound, light and video with physical performers and fire displays.”

Head of Culture with Council, Aeidin McCarter, said: “This is a great coup for Derry Halloween and a fantastic creative partnership that will really add to the diversity of the festival programme.

“Guildhall School are renowned for their artistic skill and the team will also work closely with some of our own performance groups including the Playhouse and In Your Space, allowing the opportunity for some innovative creative collaboration.

“Our conversations with the School so far have been really encouraging and I’m really looking forward to seeing their vision for this year’s festival as it all comes together.”

The Derry Halloween festivities will run over four days with a packed programme of indoor and outdoor events to suit all ages.

The fearsome fun begins on October 28th with the Awakening the Walled City Trail spreading magic and mayhem throughout the City of Bones and the Forest of Shadows over four nights.

The Carnival Parade makes a dramatic return this year bringing the festivities to a thrilling close on Monday night as some of the City’s finest performers bring the story of the 9th Wave to life, reawakening the river Gods for a fearsome display led by some of our most spooky spirits of the deep.

The celebrations will culminate in the Festival Finale fireworks with all eyes on the River Foyle for a deathly display of pyrotechnics.

Derry Halloween is delivered by Derry City and Strabane District Council with support from Tourism NI, The Executive Office and the NW Development Office.

Further details of the programme will be announced in the coming days and you can follow all the developments on the Derry Halloween social media channels and at: derryhalloween.com