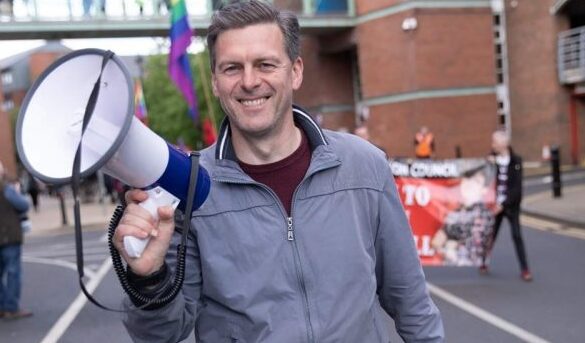 People Before Profit Councillor Shaun Harkin has called for ‘feet on the street’ to protest over the recent Tory budget.

“We need feet on the street in Derry as we have seen in Dublin, Cork, London and beyond to say “enough is enough!”.

“The Tory Chancellor’s budget will compound the cost of living crisis so many across society face.

“DUP recklessness has made sure Stormont has once again proved itself incapable of providing protection for people here.

“Claims by Stormont Ministers and big parties that they can do nothing now or could have done nothing more over the last year are simply not true.

“People Before Profit will join the Derry Against Fuel Poverty march and rally this Saturday October 1st. We urge all Cost of Living Crisis Campaign groups, trade unionists, community groups, social justice organisations, and crucially, everyone directly impacted by spiralling costs to join the protest to make sure our voice is heard.

“Our affiliation is to the working class and all who are being unfairly punished in a society so full of wealth.

“All our demands for government cost of living intervention and tackling inequality depend on building a mass people power movement across these islands.

“People power action is key to challenging the charged-up Tory assault and divisions long fostered among communities here by elites to benefit elites.”