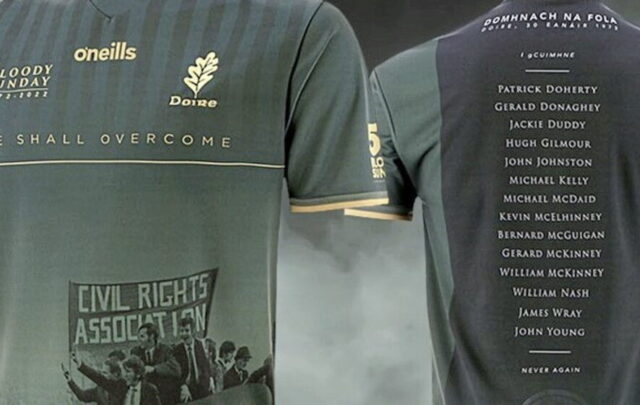 THE Bloody Sunday Trust has held talks with bar owners in Derry after people were refused entry because they were wearing 50th anniversary commemorative jerseys.

Trust chairman Tony Doherty said the sports-like jerseys were produced to mark this year’s 50th anniversary of the killing of 14 civil rights’ protesters by the British army in 1972.

Mr Doherty said patrons attempting to gain entry to two bars in the city were refused entry because premises had “no sports tops” policies.

“I am pleased that both bar owners have addressed the matter up front and honestly, apologising to both patrons immediately and have provided assurances that there will be no re-occurrence of these events.”

Mr Doherty said he was pleased that the issue had been resolved and accepted that the incidents were two “genuine mistakes” which have been put right.