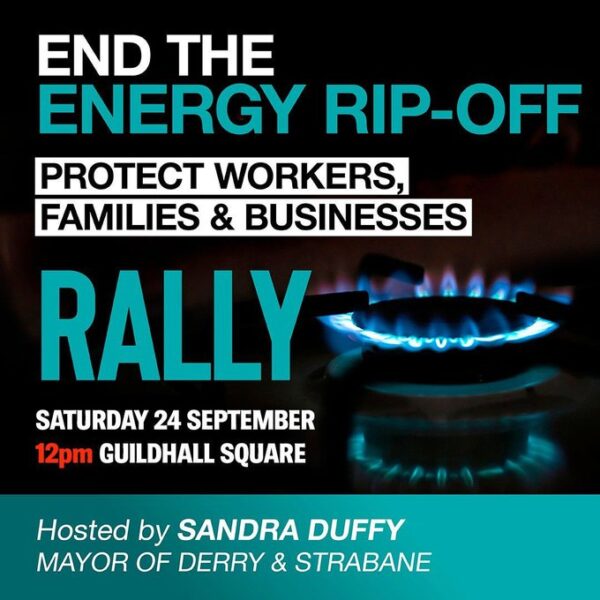 Mayor to host rally to highlight rising cost of living

Mayor of Derry City and Strabane District Council, Councillor Sandra Duffy, has encouraged people to attend a the rescheduled cost of living demonstration being held in the Guildhall Square at 12pm this Saturday, 24 September.

The demonstration has been organised by the Mayor to highlight the pressures facing workers and families from rising energy bills.

The rally comes on the back of the announcement of huge hikes to gas prices in the city and district due to kick in from early October.

Mayor Duffy said: “People are already struggling to pay their bills. This is a cost-of-living emergency.

“Huge hikes to energy prices which will see household bills go through the roof is placing huge worry on families.

“The British government needs to introduce measures that will cut people’s bills and put a stop to people being ripped off.

“People in this city need an Executive up and running, ministers in place, and parties working together to put money in their pockets.

“I would urge people to attend a demonstration in the Guildhall Square at 12pm this Saturday afternoon, September 24, to make it clear that the energy rip-off must end and people have proper support.”