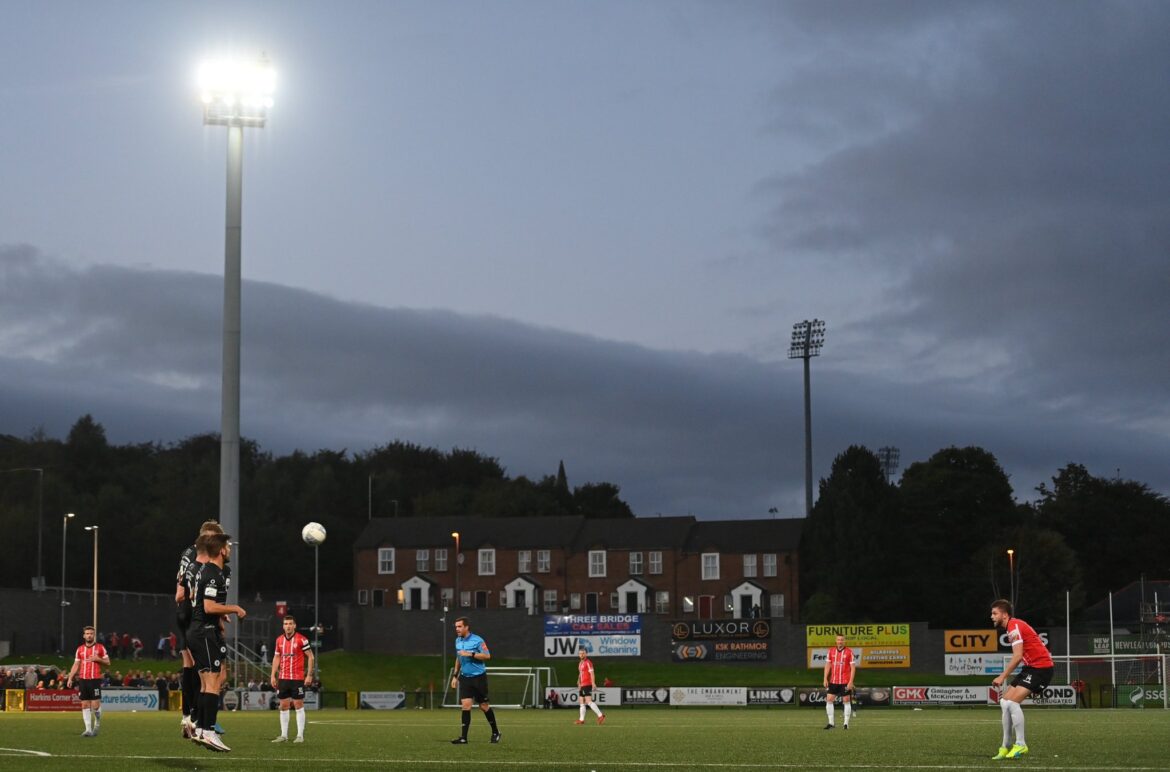 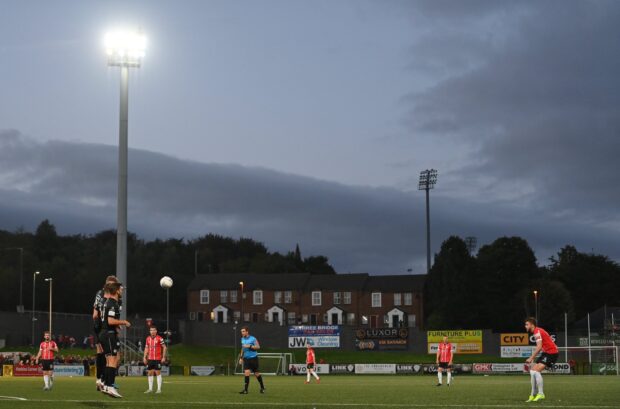 The victory, which was City’s fourth in a row, moves them to within a point of champions Shamrock Rovers, albeit the leaders have played two games less.

The three points were secured thanks to Will Patching’s 10th league strike of the campaign and also impressively was the fact that the Brandywell men kept their fifth clean-sheet on the bounce.

Derry missed a great chance to take a ninth minute lead when Cameron McJannet broke clear down the left before his teasing centre found an unmarked Ryan Graydon, but the winger somehow headed wide with the goal at his mercy.

The home side did break the deadlock six minutes later as Patching’s sublime free-kick from the left hand angle took a deflection on its way past Rovers keeper Luke McNicholas, who could only push the effort into the net.

Rovers had their first half chance on 36 minutes as left-back Paddy Kirk saw his whipped in cross take a deflection off Graydon, but fortunately for the City winger keeper Brian Maher did well to push the ball away.

The Candystripes went close to doubling their lead right on the stroke of half-time as Michael Duffy’s 20 yard pile driver was pushed away by McNicholas and the winger’s follow-up strike from the edge of the box flashed over the bar.

Derry went close to adding a second on 55 minutes as a cleverly worked corner from the right saw Patching’s low delivery find Duffy, but his shot from 14 yards was saved by McNicholas.

A lovely left wing cross by Duffy on 69 minutes found Graydon at the back post, but his header failed to trouble McNicholas and whistled past the left hand post.

Soon after a flowing move by Derry ended with Patrick McEleney’s pass finding James Akintunde, but the subtitute’s close range shot from the left hand edge of the six yard box, was turned over by McNicholas.

With virtually the last kick of the game Rovers missed a glorious chance to equalise as Aidan Keena’s clever pass found Mata, but after ghosting in behind the City defence, the substitute chested the ball down inside the box and blazed over.